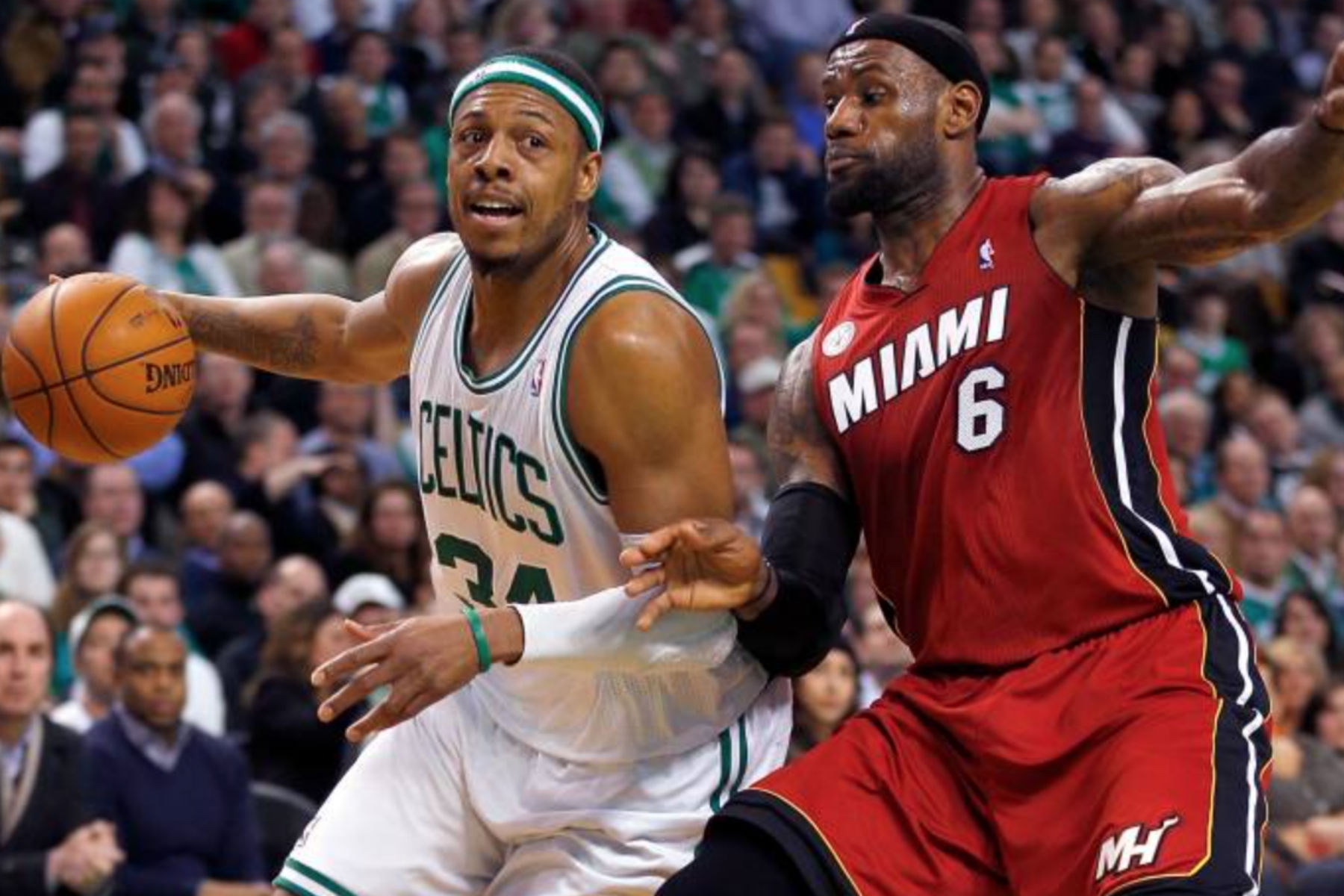 LeBron James and Paul Pierce were fierce rivals on the basketball court back when the latter was still playing for the Boston Celtics.

According to former Celtic Ryan Hollins, who was a guest on the latest episode of the Scoop B Radio Podcast, Pierce and his Celtics teammates saw James as soft.

In particular, Hollins was talking about the 2012 Eastern Conference Finals when the Celtics were up 3-2 after five games with a chance to close the series at Boston.

“That was our championship to walk away with, until then LeBron was seen as soft,” Hollins said. “We thought he wouldn’t show up in fourth quarters, we thought he wasn’t the real dude and when things got tight, he wouldn’t be able to go out and make plays. And if Paul Pierce could stay out of foul trouble, Paul was just as good at creating his own shot in clutch moments.”

Fortunately for the Heat faithful and specifically for James’ fans, the four-time MVP showed up for Game 6 with a clutch performance considered to be one of the best games of his career.

James finished with 45 points, 15 rebounds and five assists to give the Heat the victory, tying the series at three games apiece. In Game 7 at Miami, James had another stellar performance. He recorded 31 points and 12 rebounds to will the Heat to their second straight NBA Finals appearance.

From there, the Heat won their second championship and James earned the first title of his career.

As a bitter rival of the Celtics during his first seven seasons in the league as a member of the Cleveland Cavaliers, James is not likely going to be admired by Pierce as much as he would like.

The rivalry between the two appears to remain strong even with Pierce now retired and working as an analyst on ESPN.