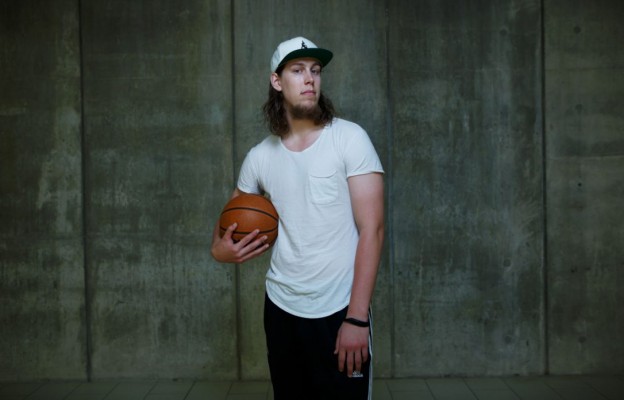 One of the biggest splashes for the Miami Heat in the area of free agents over the past two weeks was the signing of Boston Celtics center Kelly Olynyk. The Heat signed him to a four-year contract worth an estimated $50 million, though based on his past history, he’s not likely to waste any of that money on extravagant purchases in the years ahead.

The Canadian-born Olynyk played college ball at Gonzaga University, earning an accounting degree. Currently, he only needs two more semesters to earn an MBA and has also done a two-week internship in the San Francisco-based offices of his financial advisor.

That educational background and the countless horror stories of other athletes, who’ve had much larger contracts, only to end up bankrupt, keep Olynyk grounded about his purchases. He spoke to the TheStar.com about his lifestyle.

“I don’t wear designer clothes or shoes. I don’t drive a fancy car, I lease a Toyota Tundra, a 2016,” Olynyk said. “Everybody’s different. When I first got in the NBA, my agent told me, there’s going to be stuff you don’t want to spend your money on and there’s going to be stuff you should spend a lot of money on because it’s important. He told me one to make sure you buy yourself a really good bed. You’ll appreciate it over time; it’s going to give you way more benefit. I got a California king, which is a longer version of the king. It was probably $5,000. It’s awesome. You spend just under half your life in bed, so make sure you get the best one if you have the means.”

Olynyk does currently own a townhouse in Boston, but spends little when it comes to things like elaborate vacations.

“I’ve never really gone on vacation, and gone and done nothing on a tropical island,” Olynyk said. “Usually in the summers I play with the national team. We usually go over to Europe. We travel, but to play basketball. I’ve seen a lot of the world through the game.”

One thing that Olynyk does splurge on, however, comes in the area of food.

“I like to spend on good food. Being an athlete, where you’re using your body as your tool for success, you’ve got to be able to fuel yourself,” Olynyk said. “I’m not going to cheat myself on food. It’s probably the single most important thing to making sure my body is in tip-top working condition.”

Not surprisingly, Olynyk gets plenty of investment ideas from friends and acquaintances, though he’s careful about which concepts are worth further discussion. He also is occasionally ridiculed by teammates about his thrifty nature, though it doesn’t appear to bother him.

“Yeah, sometimes they mock my wardrobe or my shoes, but it is what it is,” Olynyk said.

With such financial concerns not likely to cloud his focus on the court, Olynyk should be able to bolster Miami’s frontcourt over the next four seasons.
[xyz-ihs snippet=”HN-Native-EndofArticle”]