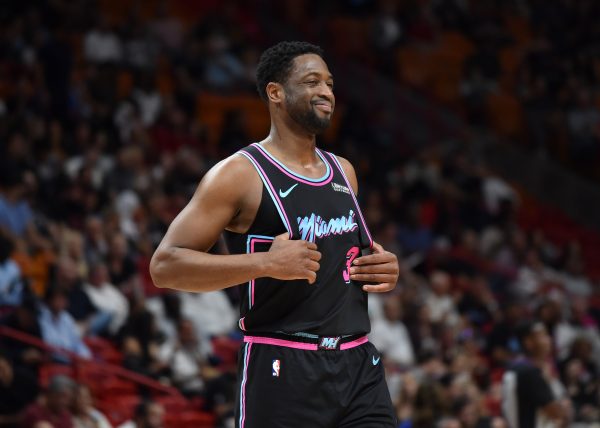 Miami Heat legend Dwyane Wade has been very clear about his intent to retire at the end of the 2018-19 NBA season, but that isn’t keeping his fellow basketball players from asking him to reconsider.

Considering the numbers, those players asking questions have a pretty compelling point.

While Wade showed clear signs of slowing down last season, he has enjoyed a uptick in production so far this season, and is currently averaging 14.1 points, 3.9 assists, and 3.5 rebounds in 25.4 minutes per game. Those kinds of numbers don’t seem to be of a player who is needing to call it quits.

Wade, however, has always seemed intent on ending his career on his own terms. Thanks to the many lucrative contracts and endorsement deals he has signed throughout his lengthy career, he has no financial need to continue playing, and he seems determined to spend as much time with his wife, sons, and infant daughter as possible.

While there’s little doubt that he will miss the court when he does decide to retire for good, it seems quite clear that he has made peace with his decision.

What Wade and his fellow Heat teammates should be focused on now is trying to make his career last as long as possible this season. If all goes according to plan, Wade won’t have to call it quits for good until a deep playoff run comes to an end this postseason.
[xyz-ihs snippet=”HN-300×250-TextnImage”]