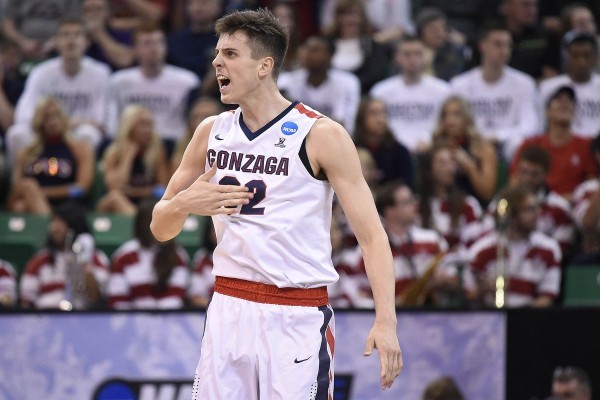 Two weeks from Thursday night, the Miami Heat will be looking to add another talented player to their roster during the NBA Draft, when they’re scheduled to select in the 14th spot.

A selection in the middle of the first round can often be impossible to determine when it comes to mock drafts, yet ESPN’s Chad Ford has gone ahead and offered three potential candidates to choose from for Heat team president Pat Riley and his staff: Gonzaga University center Zach Collins, Duke University center/power forward Harry Giles and Wake Forest University power forward John Collins.

Among those three players, Ford believes that the Heat will end up choosing the Zach Collins. The 7-foot, 232-pound native of Las Vegas spent just one season with the Zags, yet played in all of the team’s 39 games to help it reach the national championship game for the first time in the school’s history.

“The Heat are eyeing several players to pair in the front court with Hassan Whiteside,” Ford wrote. “Collins has the unusual ability to both stretch the floor and protect the rim. He’s a good athlete, he’s aggressive and his analytics scores are through the roof. He is in the mix as high as No. 9 to the Mavs. I don’t think he slips past [No. 14 to the Heat].”

Chet Kammerer, Miami’s vice president of player personnel, first noticed Zach Collins’ high potential during a November contest, though he had expected him to remain at Gonzaga for another year. At the NBA combine, Kammerer explained how things can now change quickly for players:

“That’s what’s happening now,” Kammerer said. “If a guy has any kind of a year he’s declaring. We got a lot of guys here who didn’t even start. They were off the bench and we’re talking about them.”

The 6-foot-11, 225-pound Giles struggled through an injury-plagued one-and-done season with the Blue Devils, after having started last year as one of the top recruits in the entire country. Despite those setbacks, Giles’ brief tenure and injuries while with Duke are similar to the story of another Blue Devil from seven years ago: Kyrie Irving, who went on to be the top pick of the 2011 draft.

Regarding John Collins, the 6-foot-10, 225-pounder is leaving the Demon Deacons after two seasons at the school. This past year, he averaged 19.2 points and 9.8 rebounds per game. He might be a local favorite, having played for Cardinal Newman High School in West Palm Beach.

For what it’s worth, the 14th selection in last year’s NBA Draft was Michigan State University shooting guard Denzel Valentine, who was selected by the Chicago Bulls and came off the bench in 57 games last season.
[xyz-ihs snippet=”Responsive-ImagenText”]