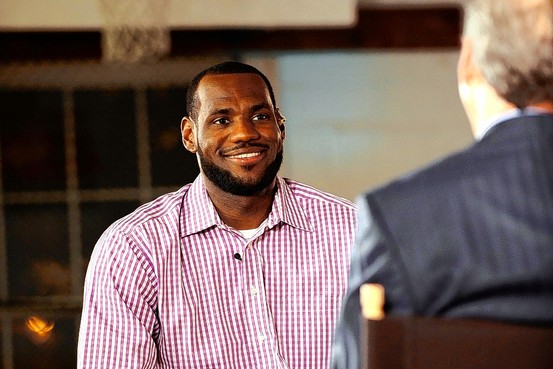 It has been 10 years since LeBron James left the Cleveland Cavaliers to play for the Miami Heat.

At the time, James spurned his hometown team to join Dwyane Wade and Chris Bosh in Miami. However, it was the way in which James announced his move, in a ESPN special known as “The Decision,” that brought widespread criticism.

ESPN revealed that it was not James’ idea to announce his free agent decision in that manner, but rather a fan who pitched the idea to Bill Simmons in his mailbag column.

“It turns out that the show’s idea came from a 38-year-old Detroit Pistons fan from Columbus, Ohio, identified only as ‘Drew’ in a Bill Simmons mailbag column published by ESPN on Nov. 26, 2009, seven months before the broadcast,” ESPN’s Don Van Natta Jr. wrote.

“‘What if LeBron announces he will pick his 2010-11 team live on ABC on a certain date for a show called ‘LeBron’s Choice?’ Drew wrote, with no last name published. ‘What type of crazy ratings would that get?’”

Drew is 38-year old Drew Wagner, whose identity remained a mystery until a new ESPN show detailing the backstory behind “The Decision” revealed his role.

“That was me,” Wagner said about the mailbag email. “I sent that email, it’s posted by Simmons, and then seven months later, it’s the biggest story in sports.”

Simmons saw how successful the idea could be and ran it straight up the ladder at ESPN.

“Simmons pitched two ideas to his bosses: a 90-minute documentary following LeBron in his free-agency recruitment tour called ‘The Courting of the King’ and ‘LeBron’s Decision,’ in which he would pick his new team in a live show, both to be aired on ABC,” Van Natta Jr. wrote.

James received a lot of criticism for how he departed Cleveland, but it turns out that it wasn’t even his idea to go the route of “The Decision.”

Regardless, James brought two titles to Miami before returning to Cleveland and winning a championship with the Cavs in 2016.