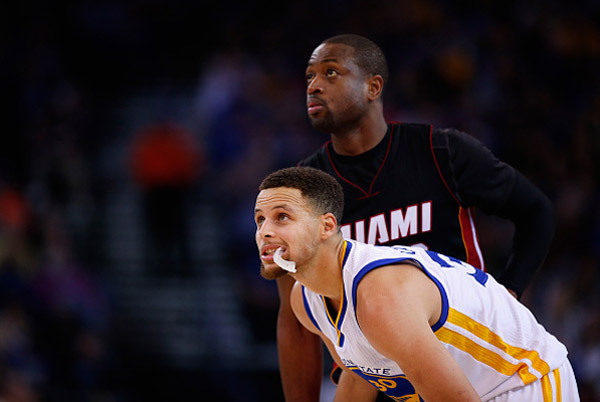 Dwyane Wade may not be running deep into the postseason, putting up MVP numbers or creating flashy highlights but it hasn’t stopped the Miami Heat star from acquiring more popularity than current NBA superstar and MVP Stephen Curry.

In ESPN’s fame rankings, Wade finished sixth among NBA players and No. 33 among all athletes. The rankings are based on salary, endorsement deals, social media and Google searches. Below is a list of the top 10 NBA players:

Apart from Kobe Bryant, who just retired, Wade is the oldest player on the list. The 34-year-old acquired cheers all across the NBA this past season and remains one of the league’s most loyal, likable players. Wade is set to be a free agent this summer but is expected to return to the Heat.
[xyz-ihs snippet=”Responsive-Ad”]