ESPN Predicts Goran Dragic to Be All-Star This Season 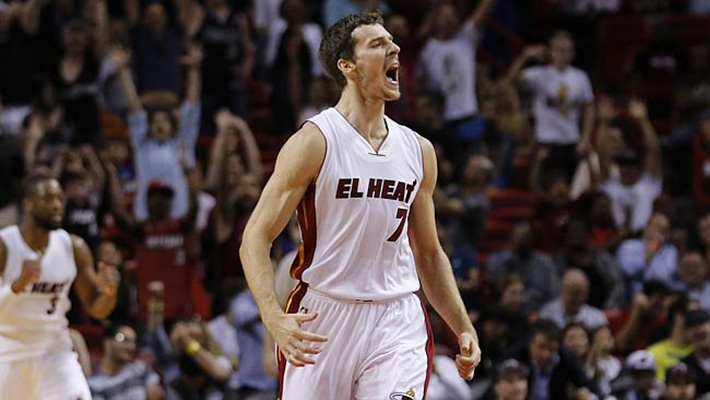 Despite having a solid career in the NBA over the past seven years, Goran Dragic has never been selected as an All-Star.

That might change this year. After re-signing with the Miami Heat this offseason, ESPN predicts that Dragic will play in his first All-Star game this year. During the latest installment of ESPN’s annual summer forecast, the Slovenian point guard received 14 votes from the panel in regards to making his first All-Star appearance during the 2015-16 season.

The best season the 29-year-old has had thus far occurred during the 2013-14 season, when he was named as an All-NBA Third Team selection. During that season, Dragic averaged 20.3 points and 5.9 assists per game while nearly leading the Phoenix Suns to the playoffs.

Despite his career season, he failed to notch an All-Star berth in 2014.

Considering he’s in the prime of his career and likely to play on one of the league’s top contenders this upcoming season, it should come as no shock if he were to be selected as a reserve for the Eastern Conference All-Star team. The East is less stacked than the Western Conference, where Dragic played during the first six-and-a-half seasons of his career.

Typically speaking, averages of 16 points and five assists per game as a point guard on a winning team is usually good enough to get a player on an All-Star team as a reserve.

As long as Dragic can maintain the averages he’s had over the past two or three seasons, expect him to be a first-time All-Star next season.
[xyz-ihs snippet=”Responsive-Ad”]