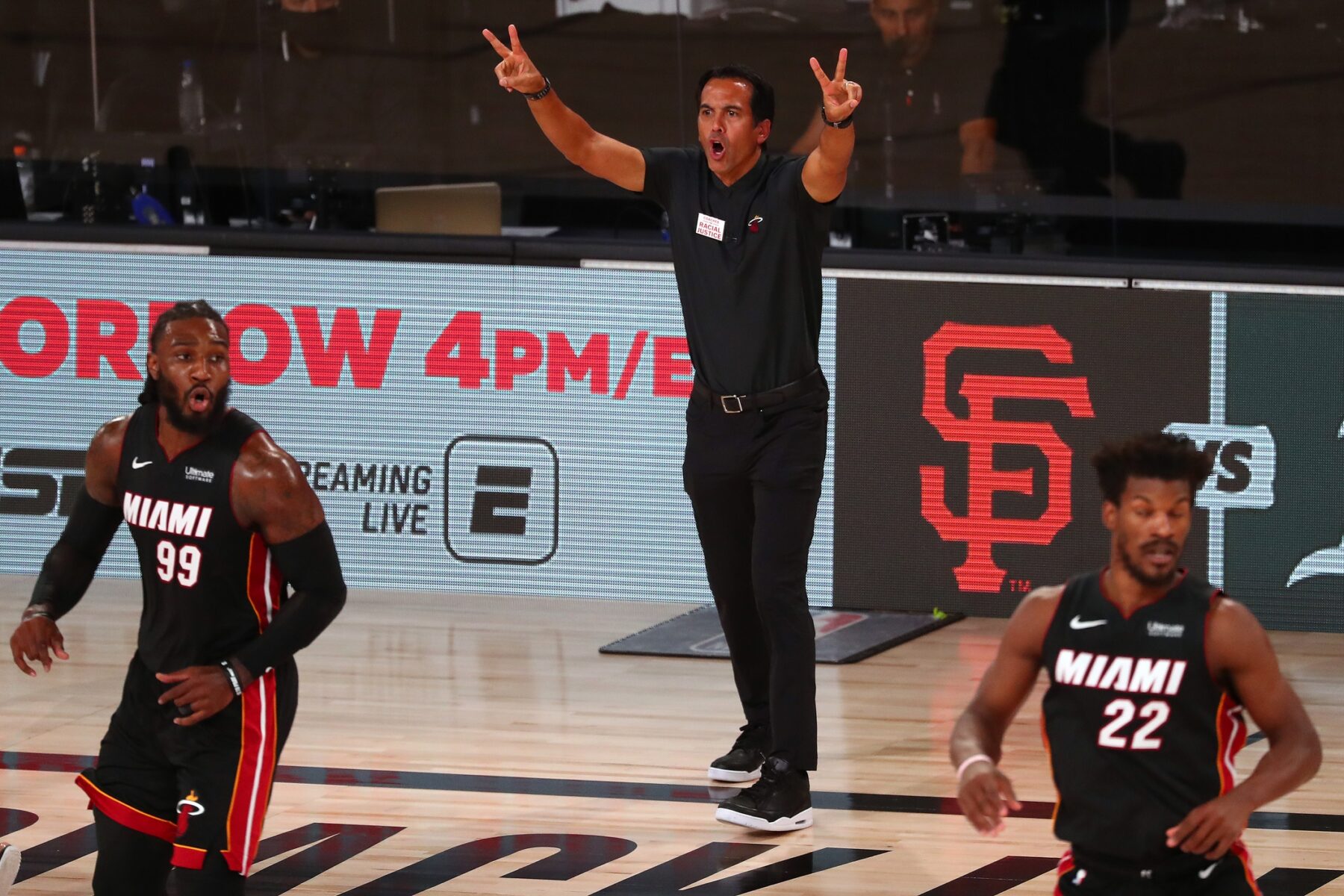 In Game 3 of the Eastern Conference Finals, the Miami Heat fell behind by double digits yet again to the Boston Celtics.

In crunch time, the Heat mounted a rally to give themselves a chance of going up 3-0, but Jimmy Butler wasn’t on the court as the contest was being decided.

Head coach Erik Spoelstra explained why he made the decision to take the five-time All-Star out in crunch time.

On not playing Jimmy Butler near the end of the game, Erik Spoelstra said there was no injury. Spoelstra said: "We were just trying to get something quick right there at the end."

After trailing 63-50 at halftime, the Heat saw their deficit grow to 20 in the fourth quarter.

With the game seemingly out of reach, Miami was able to pull to within 109-104 with less than a minute left in the fourth quarter.

It was shortly afterward, however, that Spoelstra decided to pull Butler from the game, leading some to wonder if the swingman had suffered a minor injury.

The Marquette University product had a decent game with 17 points, but he didn’t dominate in crunch time on Saturday the way he has in several recent playoff games.