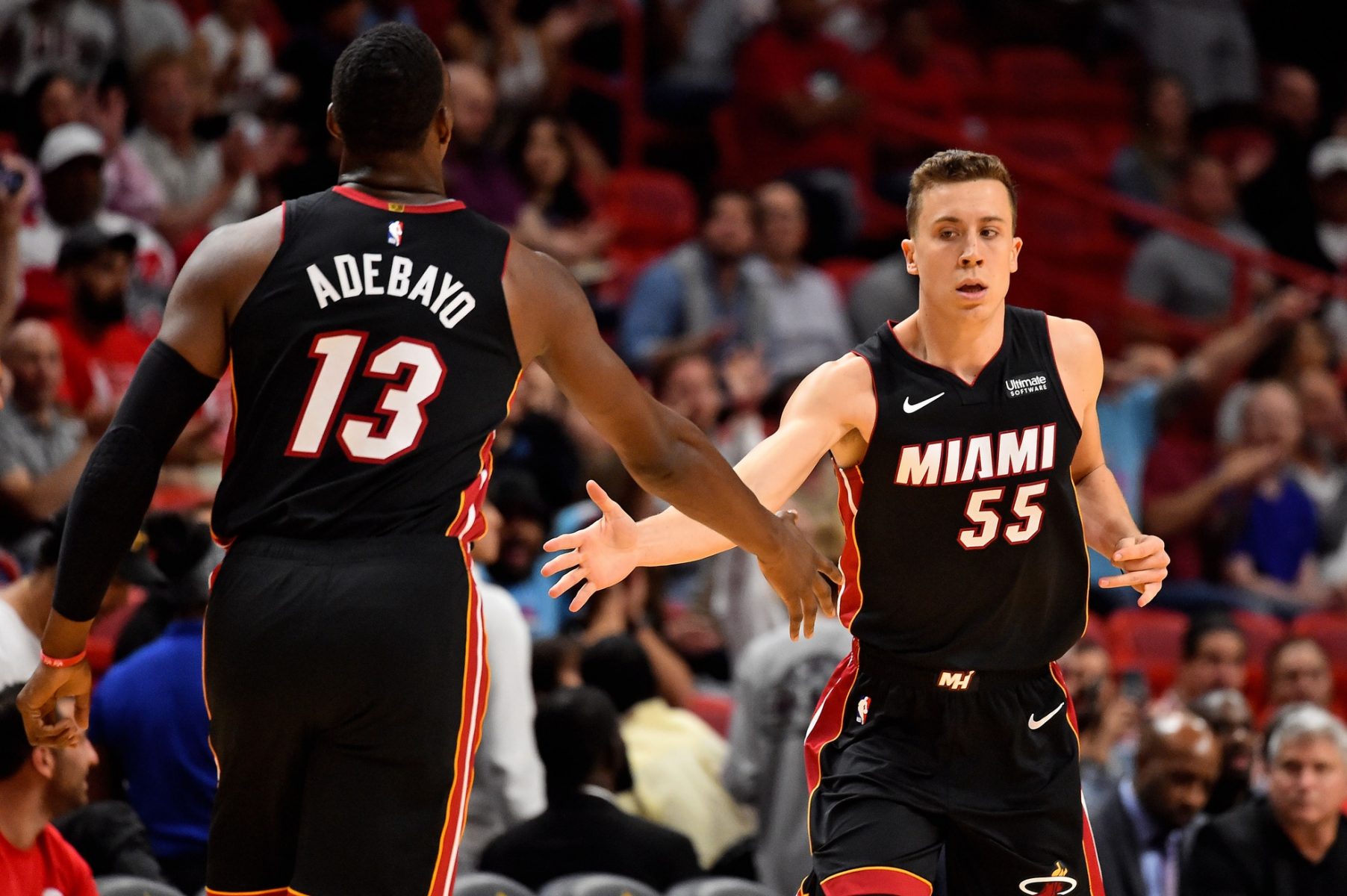 The Miami Heat have two strong candidates in Bam Adebayo and Duncan Robinson who are eligible to win the NBA’s Most Improved Player award.

While Heat head coach Erik Spoelstra did not name who is more deserving of the prestigious award, he did offer a unique solution to honor both guys.

“I think they should be up there,” Spoelstra said. “How could you not consider them? Bam wasn’t a starter the year before. And Duncan really wasn’t in the league. He was playing in the G League. So I would consider them both for the award. Literally, I would. Don’t make me have to answer which one I would pick. I would give a co-award to both of them.”

Adebayo, 23, was named an All-Star for the first time his career this season.

Last season, the big man averaged 8.9 points, 7.3 boards and 2.2 assists per game. He came off the bench for a majority of the season.

This year, the University of Kentucky product has exploded for 16.2 points, 10.5 rebounds, 5.1 assists and 1.3 blocks per game.

Now, the 26-year-old Robinson is averaging career-highs across the board with 13.3 points, 3.3 rebounds and 1.4 assists per game this season. In addition, he is shooting a ridiculous 44.8 percent from 3-point territory.

The sharpshooter has drilled a whopping 243 shots from downtown this season, which is the third-highest total in the league behind James Harden and Buddy Hield.

Yet, as great as Adebayo and Robinson have been, they have some some steep competition for the Most Improved Player award. All-Stars Brandon Ingram, Luka Doncic and Jayson Tatum are a few of the other candidates for the honor.