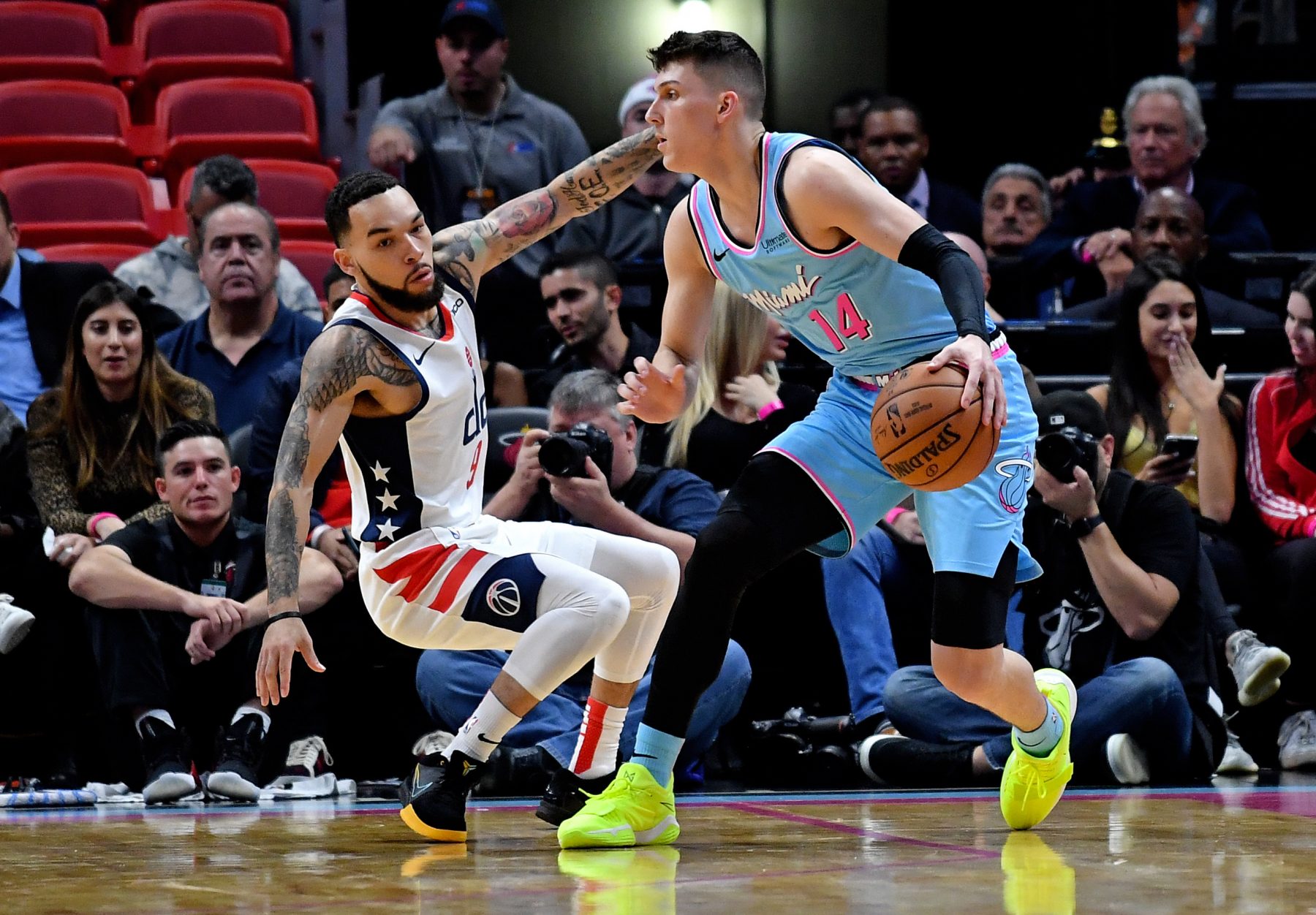 When Tyler Herro was drafted by the Miami Heat with the No. 13 overall pick in the 2019 NBA Draft, he was projected to start out his career as a catch-and-shoot player.

While he’s already shown an ability to be successful in that role, Heat head coach Erik Spoelstra thinks he could one day have much more responsibility in the team’s offense.

In fact, following Miami’s win over the Washington Wizards on Friday night, Spoelstra said he thinks Herro could one day serve as one of the Heat’s primary ball-handlers.

“His handle is good enough, he just needs to get more comfortable with our offense,” Spoelstra said recently. “I can see that in the future he can be a secondary ball-handler, if not the point guard for a secondary unit. You can run offense through him. Right now he is learning it and will gain more confidence as he gets better with it.”

Herro played fantastically in Friday’s 112-103 win. He finished with 22 points, seven rebounds, two assists and two steals. He’s come off the bench for the majority of the season. At the moment, with veteran guard Goran Dragic out with injury, Herro has comfortably assumed a role of leadership for the second unit.

While he’s averaging just 2.0 assists per game thus far in his career, he’s shown the ability to both get separation on his own and find the open man.

“He was handling the ball with that second group and did a great job,” Butler said. “That kid, he is tough. He has something to him. He can score the ball obviously, but he was getting everyone involved and he was defending tonight. We want him to continue to be that way if he gets to handle it. And if he doesn’t get to handle it, be that player.”

The Heat currently sit at the No. 3 seed in the Eastern Conference with a record of 16-6. Herro is one of the many reasons why. While he was not expected to be one of the top rookies coming out of last spring’s draft, he has quickly burst onto the scene as a potential star in the making.

It looks like Spoelstra and company have every intention of helping Herro reach that full potential in Miami.