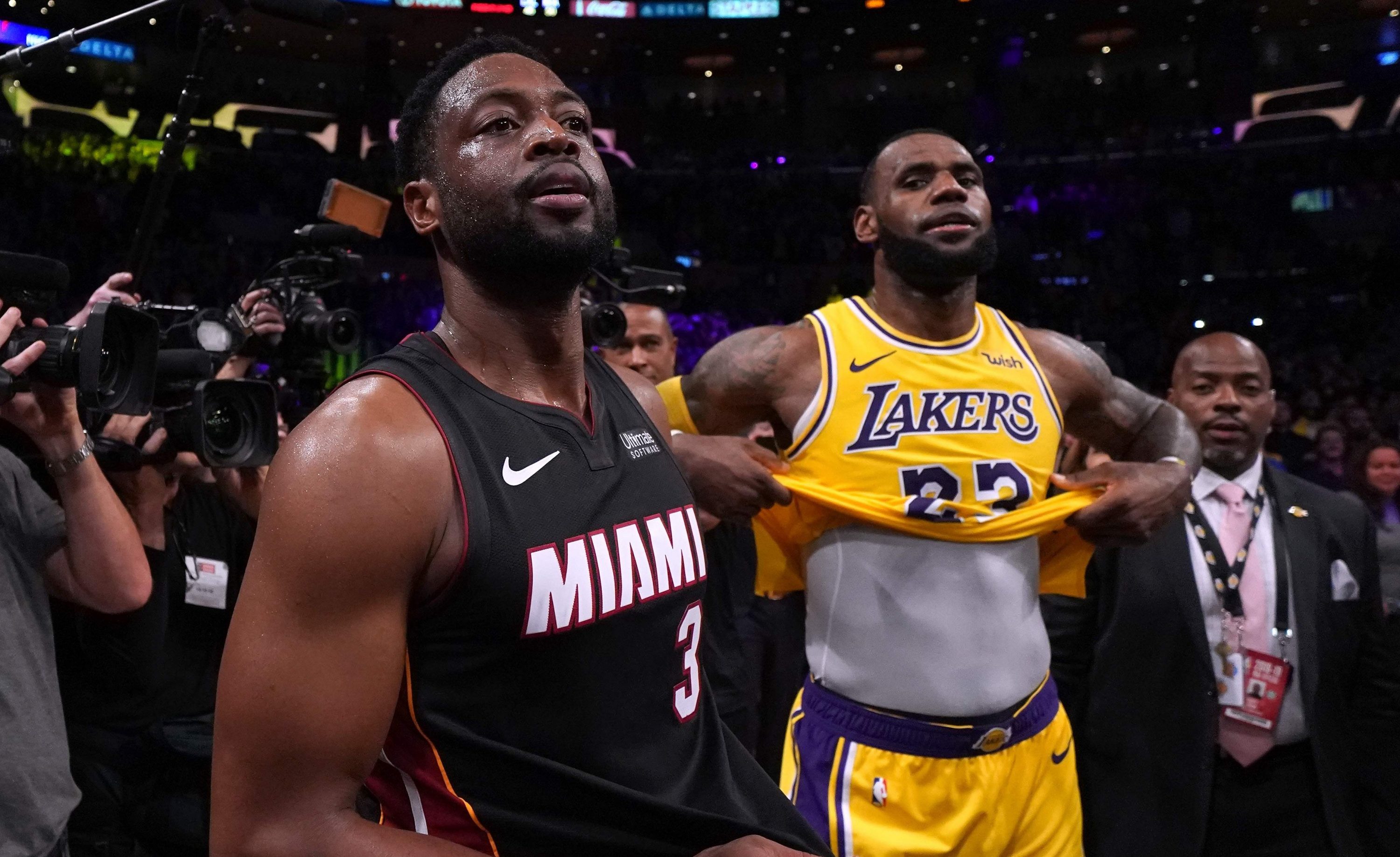 Ahead of the Miami Heat’s contest against the Los Angeles Lakers on Friday, Heat head coach Erik Spoelstra praised Jimmy Butler and said he has an important commonality with two former Heat superstars.

Eric Spoelstra praised LeBron’s 100% commitment to his body and his craft as a major key and differentiator when asked about his early-season defense. He said few players in the NBA are able to really make the full commitment. Cited Dwayne Wade as one he’s had, and Jimmy Butler.

Needless to say, LeBron James and Dwyane Wade are two of the greatest NBA players of all time. Both have numerous individual honors and accolades to their name, not to mention three NBA championships apiece.

There’s something to be said about those who show total dedication to their craft, whether it’s an athlete, doctor, lawyer, politician or someone in another profession.

Many Heat fans know by now that Butler is showing that type of dedication. Much has been made of his habit of getting in workouts at 3 a.m., as well as his tendency to get on teammates, both on the Heat and on his previous teams.

Miami is sitting pretty with a 6-2 record, and Butler has contributed mightily to that quick start by averaging 18.8 points, 6.6 rebounds, 6.0 assists and 3.0 steals per game.