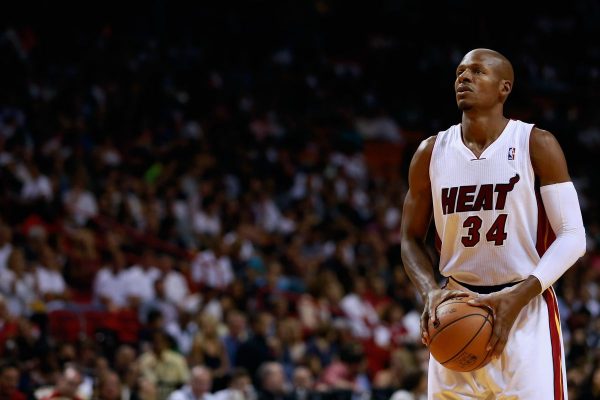 On Friday night, former Miami Heat shooting guard Ray Allen will take his rightful place among other legends as one of the 13 new members of the Naismith Memorial Basketball Hall of Fame. Getting there was the byproduct of dedication and hard work, with Heat head coach Erik Spoelstra having previously noted that Allen’s nickname during his two seasons with the team acknowledged those principles.

“Our nickname for him is ‘Everyday Ray,’’’ Spoelstra said during Allen’s brief tenure in Miami that spanned from 2012-2014. “It’s every day. It’s not every other day. It’s not some days. It’s every single day Ray. His work ethic and his discipline are in the top percentage in this league. Ninety-nine percent of the players do not have that type of consistent work ethic.’’

Allen played 18 seasons in the NBA, the last two of those coming in a Heat uniform. His lasting legacy from the perspective of all Heat fans will always be his iconic 3-pointer in Game 6 of the 2013 NBA Finals. That basket turned what would have been a clinching victory for the San Antonio Spurs into an eventual overtime win for the Heat. Two nights later, Miami captured Game 7 and a second consecutive title.

Delivering in pressure situations wasn’t really complicated for the obsessive Allen, whose approach to the game meant focusing on subtle aspects like simple preparation.

“The No. 1 key for success – for All-Star games, Olympic team, Hall of Fame – is being available,” Allen said. “So I made sure I was in the best shape and the most prepared I could be to give myself the best chances to be out there.

In Allen’s final season, Spoelstra acknowledged just how important the veteran’s work ethic was after being asked about his clutch shot against the Spurs:

“[I’m] grateful for Ray and his obsessive-compulsive work ethic to work on that shot thousands and thousands of times, when everybody else would think that was too ridiculous a circumstance to actually try to practice something like that.”

Even though only 152 of Allen’s 1,300 regular season games and just 43 of his 171 playoff appearances came as a member of the Heat, his stature in franchise history has already been cemented. Entrance into the Hall of Fame just reinforces his status in NBA history.
[xyz-ihs snippet=”HN-300×250-TextnImage”]