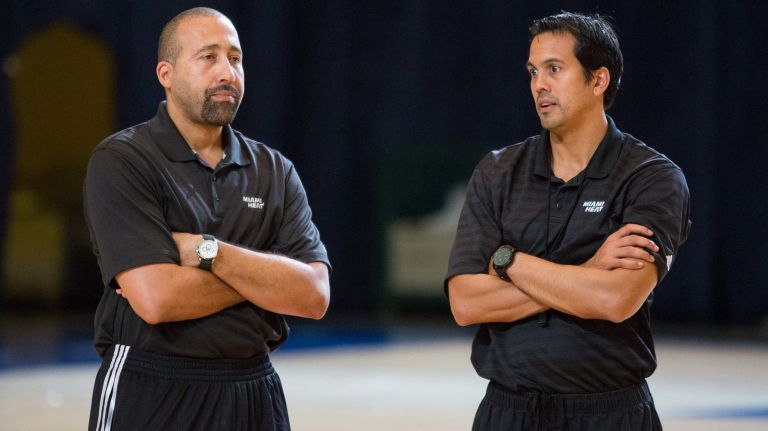 On Friday, it was reported that the New York Knicks had fired their head coach, David Fizdale, after a 4-18 start to the season.

Miami Heat head coach Erik Spoelstra reacted to the news of Fizdale’s firing before the Heat’s game on Friday against the Washington Wizards.

Spo on Fiz: “It’s disappointing. I’m bummed about it.”

Spo on David Fizdale being fired by the Knicks: "Things just take time in this league. It's a shame he wasn't given time." #Heat

Fizdale was an assistant coach with the Heat from 2008 to 2016, when he became the head coach of the Memphis Grizzlies.

With the Grizzlies, the 45-year-old amassed a 50-51 regular season record with a 2-4 record in the playoffs. With the Knicks, Fizdale was 21-83 and didn’t make the playoffs.

It will be interesting to see if sometime in the near future, Fizdale ends up returning to the Heat. The Heat currently have an open assistant coaching position on a staff that includes former players Chris Quinn and Malik Allen, as well as Dan Craig and Octavio De La Grana.