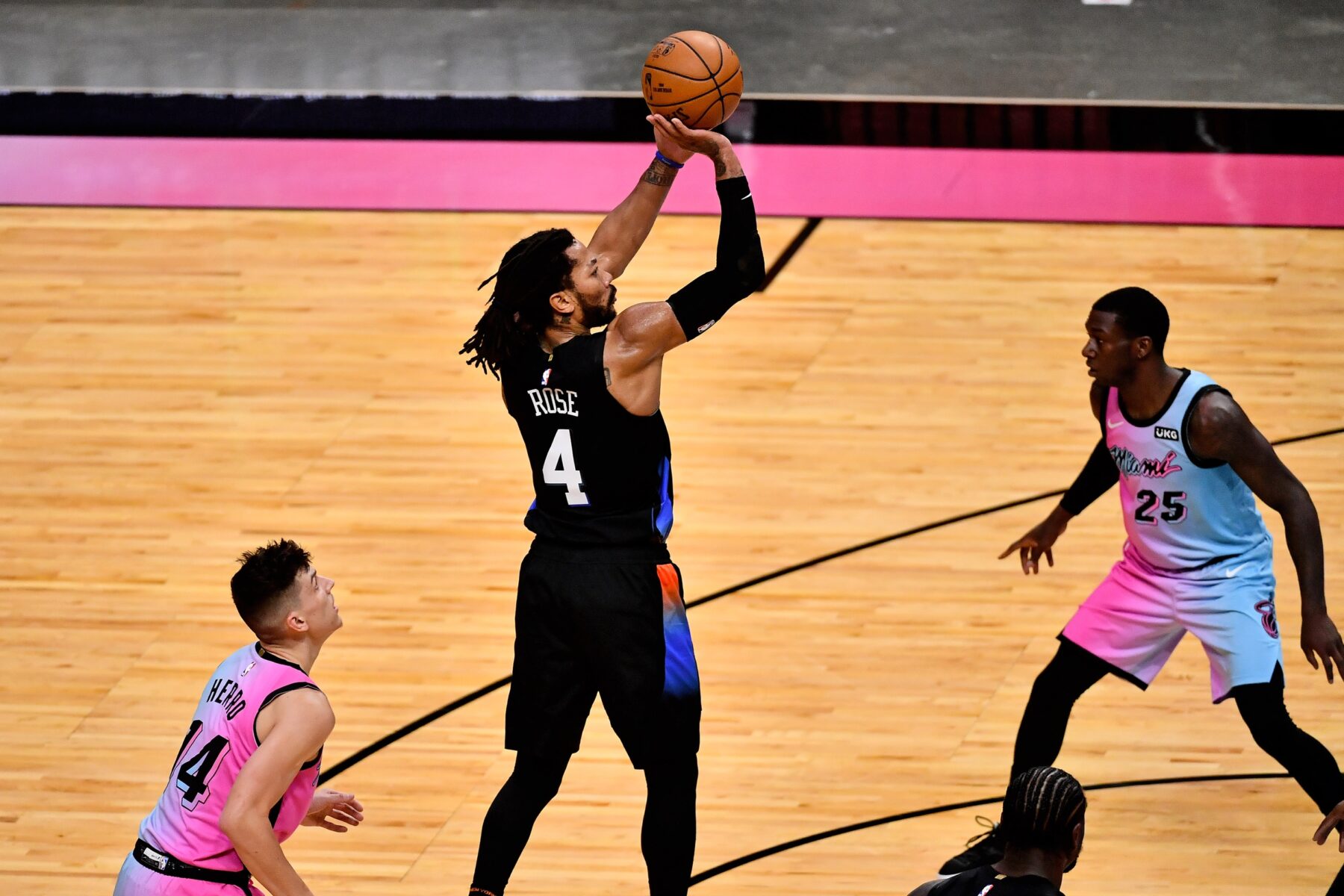 The Heat won back-to-back games against the Knicks, but Rose made his season debut for the Knicks on Tuesday after being traded from the Detroit Pistons.

Miami won the game 98-96, but Rose finished with 14 points on 5-of-9 shooting and 2-of-3 shooting from beyond the arc. He also added three assists.

“He definitely can add quite a bit to that team,” Spoelstra said of the Knicks’ addition of Rose. “One, that partnership between he and Thibs (Tom Thibodeau) has had a lot of success, so they both feel confident in that. Then with a new team, new leadership, it definitely helps to have familiar faces that understand the culture and what they are trying to drive. And Derrick is just a heck of a player.”

The Knicks are a surprising team this season. They are currently 11-15 on the year and played Miami tough in both of their meetings.

The Heat seem to have picked up their play recently with the return of Jimmy Butler.

Miami has won its last three games and will take on the Houston Rockets on Thursday.