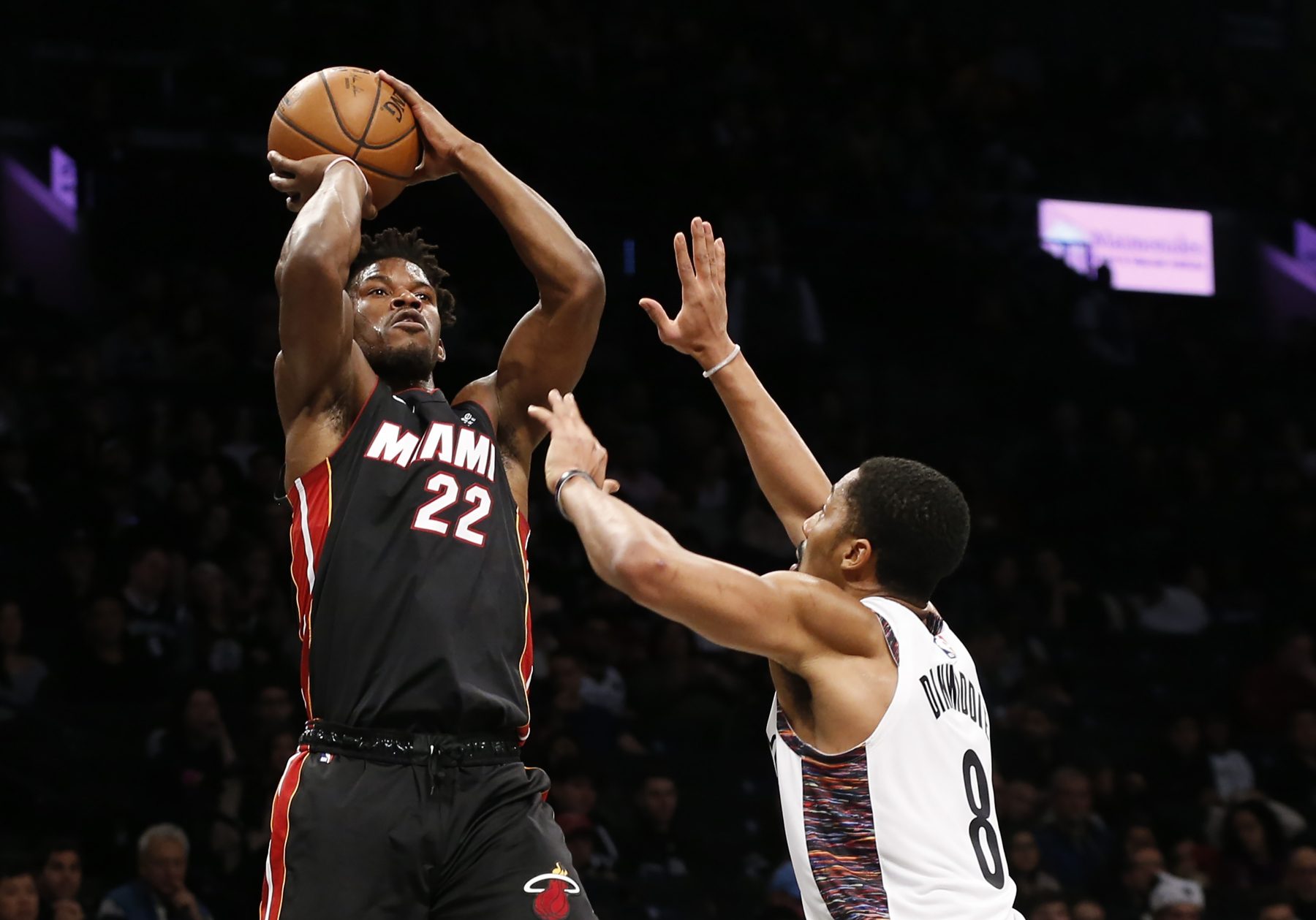 Jimmy Butler’s clutch performance in the final six minutes of the Miami Heat’s 109-106 road win over the Brooklyn Nets on Sunday was worthy of high praise from the Heat’s head coach, Erik Spoelstra, after the game.

Despite otherwise shooting poorly throughout the contest, Butler came through when it counted by scoring eight points during that final stretch. The effort began with a 3-pointer by the veteran with 5:38 left and then concluded with five free throws in the final 1:07.

“What it shows,” Spoelstra said, “is the mental toughness of great players. The ball was not going in all night long, but when it really gets to crunch time, when you need a bucket or it is going to be game over, he [Butler] can put it aside, compartmentalize, and make the big plays. He did that.”

Besides the contributions of Butler, the Heat needed all hands on deck in the closing minutes, considering they trailed 106-99 with 1:46 left. Yet, Butler’s key role in the surge was something he spoke about after the game.

“I just continually play in the way that I take what the game gives me,” said Butler. “I know whenever the fourth quarter rolls around, it may be my time to take some good shots, some bad shots, get to the line. But I think that my teammates, my coaches, the organization, they have a lot of trust in me to be able to do that.”

Butler finished with 20 points, connecting on just 5-of-17 from the field. The aforementioned 3-pointer was only one of five long-range attempts that he made all afternoon.

The Heat now go on to conclude their three-game road swing with contests at Toronto on Tuesday and Boston on Wednesday.