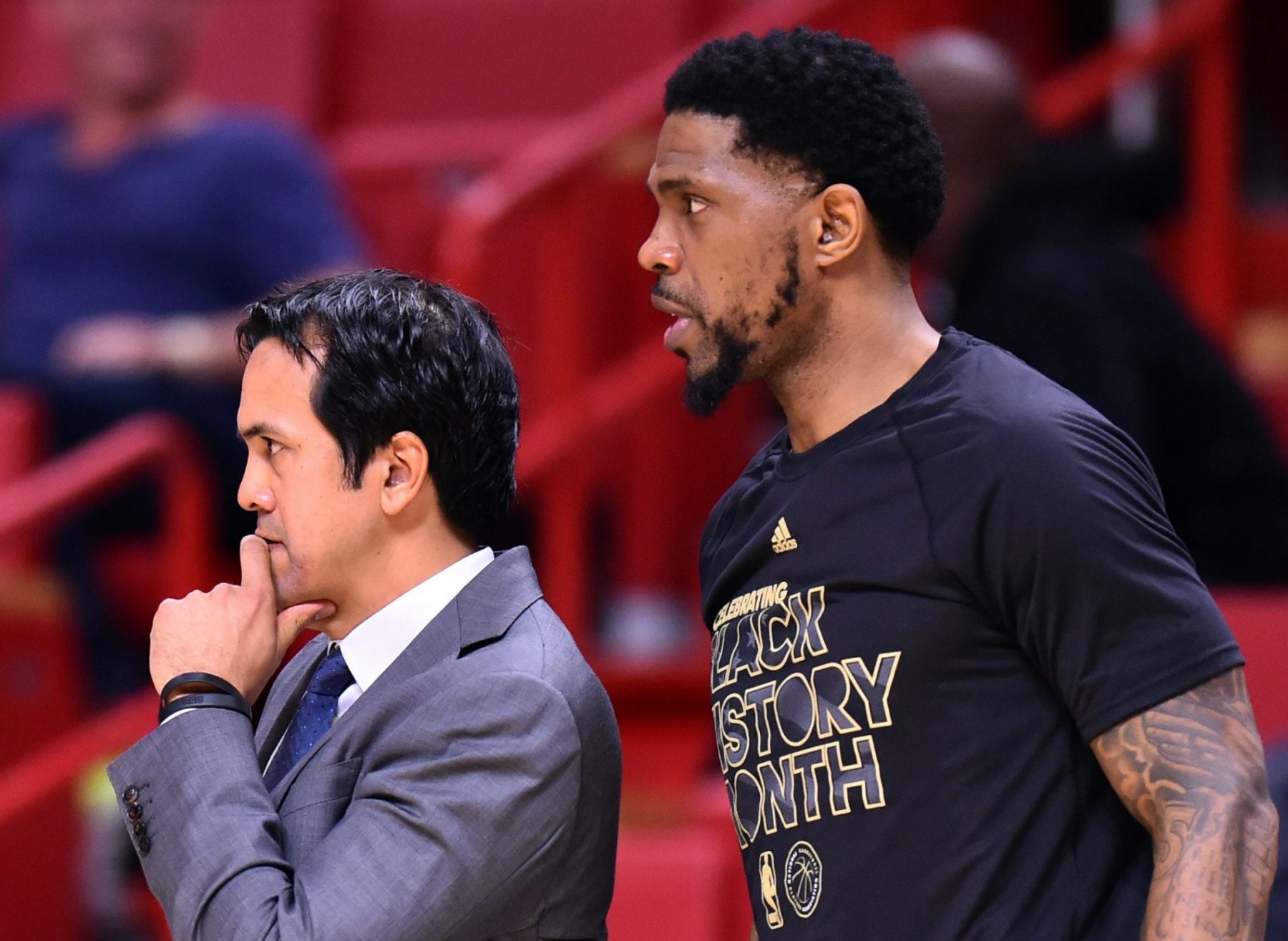 The Miami Heat are getting closer to restarting their season, with their first regular season game inside the NBA’s bubble coming on Aug. 1 against the Denver Nuggets.

After watching his team compete in scrimmages, Heat head coach Erik Spoelstra has revealed areas where he believes the Heat still have to improve.

“I definitely see some good things,” said Spoelstra. “I see some rhythm and conditioning that still needs to happen. But I’m encouraged by the work and the guys’ competing five on five.”

Seeing as how the Heat haven’t played an official game since March 11, it definitely isn’t surprising that there are some rust and conditioning issues throughout the team.

The Heat will have many opportunities to improve on their rhythm and conditioning as they are scheduled to play three scrimmages before the official restart begins.

The Heat’s first scrimmage will be against the Sacramento Kings on July 22. They will then play the Utah Jazz on July 25 before finishing up their scrimmages against the Memphis Grizzlies on July 28.

With these comments from Spoelstra, it will be interesting to see how the Heat look in their scrimmages and their first official game.