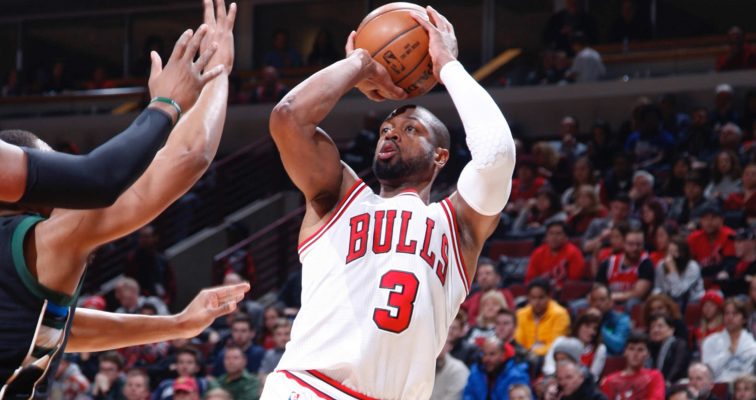 As a consequence, any Miami Heat player that fell for Dwyane Wade’s signature pump fake when he was on the Bulls was fined $5,000 according to K.C. Johnson of the Chicago Tribune.

Heat coach Erik Spoelstra said he put a $5K fine on any player he fell for a Dwyane Wade pump fake when Wade played for Bulls.

Spoelstra has witnessed Wade’s game evolve over the years. He served as an assistant coach for the team when Wade was drafted in 2003, and has had over 15 years watching the young Marquette University product develop his game into his prime and well beyond into his veteran years.

As a result, Spoelstra’s punishment of tapping into players’ pockets for falling for an offensive trick from Wade was justified in his eyes.

Wade will look to provide a scoring presence as the Heat face off against the Bulls at United Center on Friday. Both teams sit one seed away from one another in the Eastern Conference with low records. A win tonight won’t help much in terms of rising in the rankings, but for Wade and what will be one of his last contests in Chicago, the magnitude of the game will be surreal.
[xyz-ihs snippet=”HN-300×250-TextnImage”]