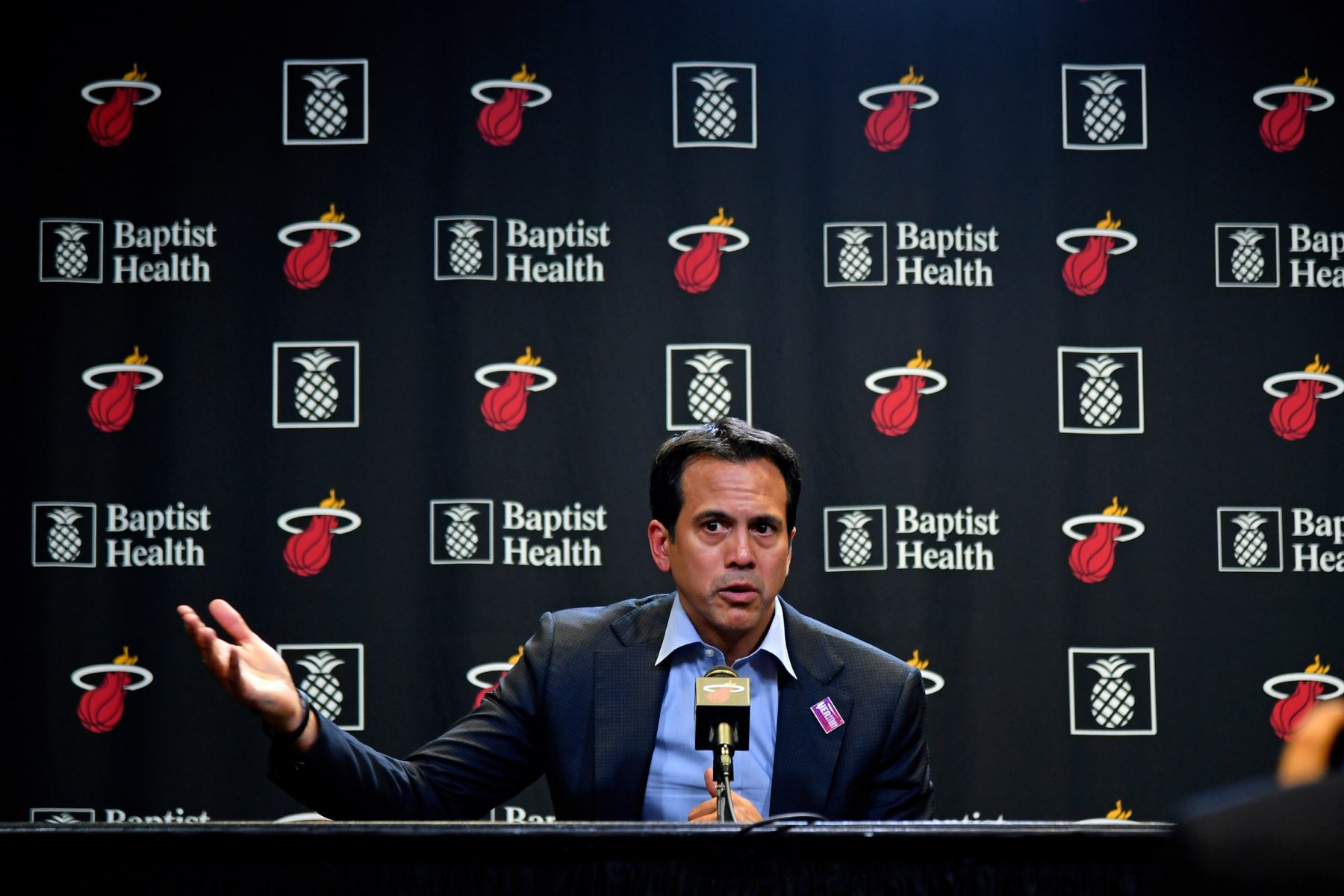 The Miami Heat are officially back on the practice court.

However, Heat head coach Erik Spoelstra doesn’t expect the Heat to be at peak performance by the start of seeding games.

Erik Spoelstra after Day 2 of practice: "I think the most important thing is getting ready for the playoffs." Said it might be unrealistic to think team can be at peak by start of seeding games.

Erik Spoelstra, just now, "I don't think it's realistic to be at our peak by the end of this month. But that doesn't necessary mean that we're not going to really plan for that. The most important thing is to be ready for the playoffs."

As a result, NBA commissioner Adam Silver immediately shut down the 2019-20 season. Several other players tested positive for the dangerous virus as well.

During the hiatus away from NBA action, some guys didn’t pick up a basketball for months. Multiple youngsters, who live in apartments and condos, didn’t even have access to a basketball court during quarantine.

Still, the Heat are focused on winning a championship this season. The Heat are the No. 4 seed in the Eastern Conference.

At the moment, the team is without the services of All-Star Bam Adebayo and rookie standout Kendrick Nunn, who both reportedly tested positive for the coronavirus. However, they are expected to join the team soon.

The Heat kickstart their season against the Denver Nuggets on Aug. 1.