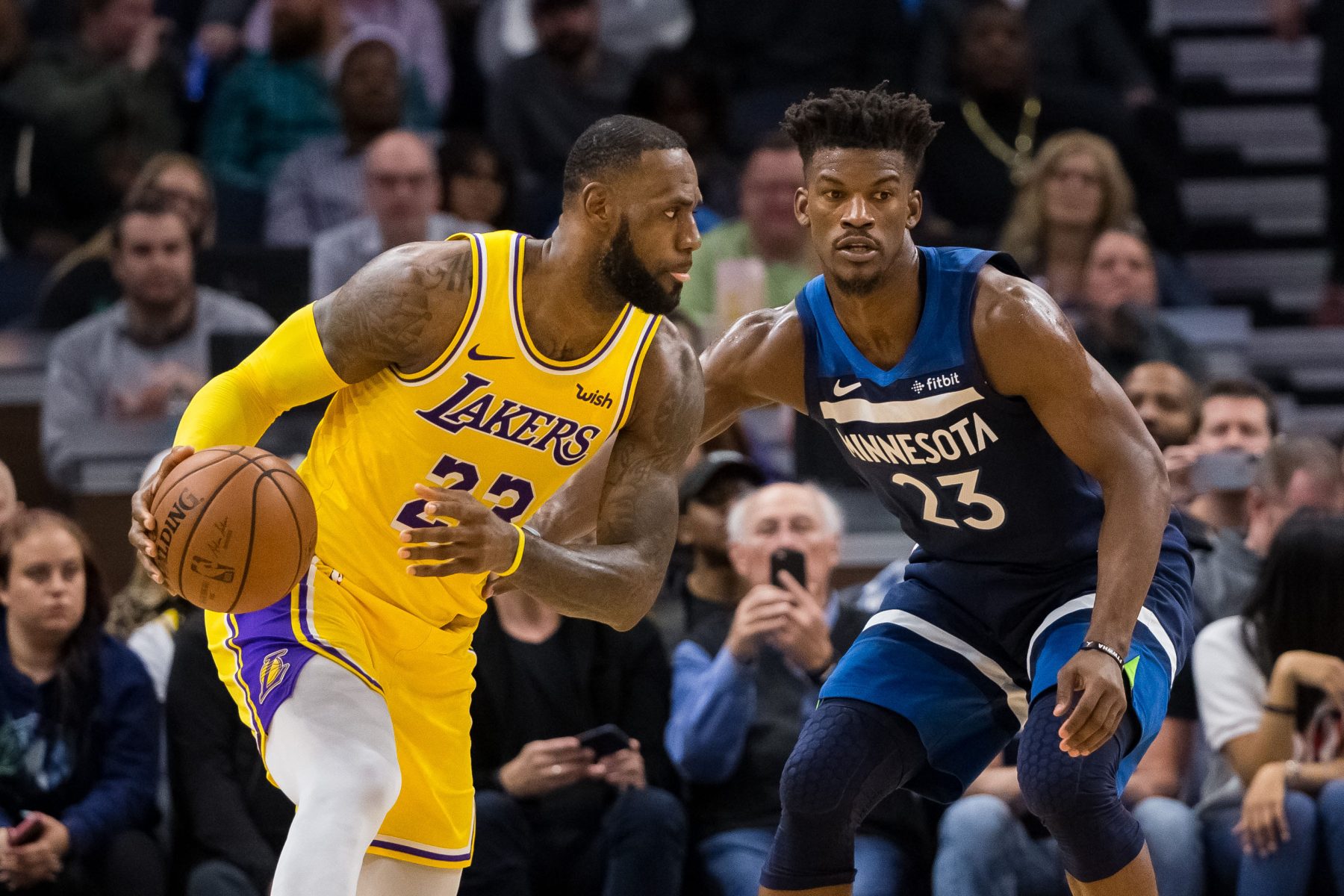 The Miami Heat’s offseason acquisition of Jimmy Butler delivered a healthy dose of excitement to the team’s fan base.

Spoelstra noted that not all superstars are willing to sacrifice aspects of their game for the greater good. When it comes to Butler, Spoelstra says he’s been witness to the player’s single-minded focus on helping the Heat win games.

“I think it’s really rare for a star player,” Spoelstra said. “In that regard, he reminds me of LeBron. He is so aware and mindful of his teammates and he wants his teammates to play well and be in rhythm, even at the expense of his own offense.

“He’s not looking at how many shot attempts he gets or how many points he’s scoring. He really just cares about the bottom line: Are we winning or not? Are we doing the right thing to put our team in position to win? And he knows, whenever it becomes go time, when we need a basket or a good look or create an opportunity for a teammate, he’s driving that action. He’ll be able to produce. He’s done that his entire career. But I think that really speaks to his level-headedness and understanding of the big picture.”

After Butler’s first eight seasons in the NBA, he knows what he’s able to do on the court. While that may sometimes mean taking over during the course of a game, Butler is currently more zeroed in working alongside his new Heat teammates to deliver victories.

“I know I can score the ball with the best of them,” Butler said. “We’ve got a lot of guys that can do that in games. So when somebody is open, you give them the ball. When I’m open, I’m going to get the ball.

“You practice your habits like that, and that stuff just gets contagious. That’s what we talk about every day, making that extra pass, swinging it once more, good to great.”

The 30-year-old Butler’s statistical numbers are impressive and will definitely inject some life into the Heat lineup. Over his career, he’s averaged 16.7 points, 4.9 rebounds, 3.5 assists and 1.6 steals per game. He has also been named to a NBA All-Defensive team on four occasions.

James arrived in Miami in the 2010 offseason and subsequently led the Heat to four consecutive trips to the NBA Finals and consecutive league titles in 2012 and 2013. Of course, he had players such as Dwyane Wade and Chris Bosh to help him make that run, a luxury Butler doesn’t currently possess.

The first opportunity to see how Butler and the Heat fare in meaningful competition will come after they close out preseason play this week. That’s followed by the start of the regular season on Oct. 23, when the Heat host the Memphis Grizzlies.