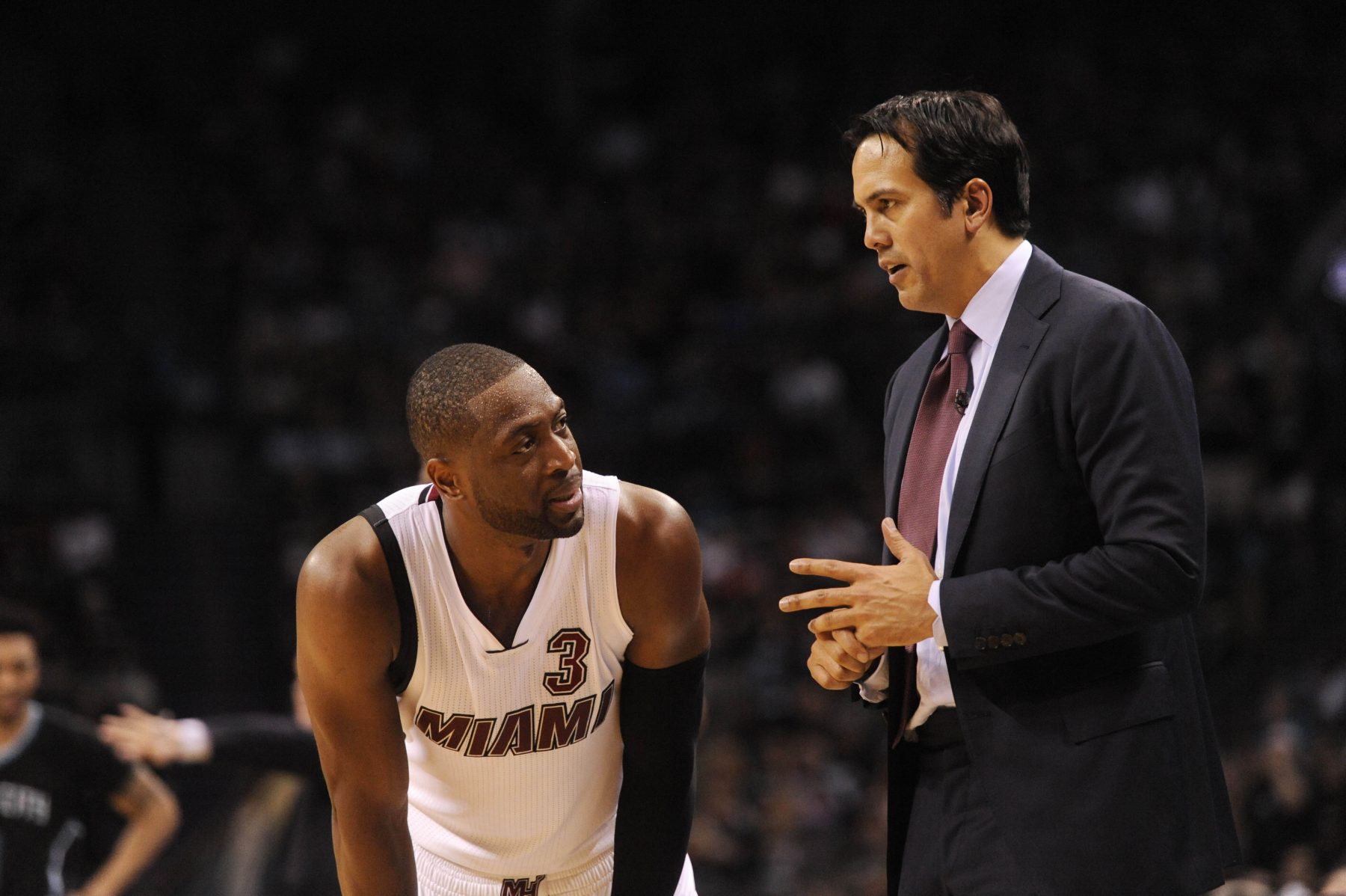 According to Spoelstra, that nickname came about because Wade would spend three hours working on his game for every hour he spent playing.

Spoelstra says he used to call Wade "three to one," because he would put in three hours of work for every hour played. "He's been drinking from the fountain of youth."

“Three to One” isn’t quite as catchy as “Flash” or “D-Wade,” so it’s not surprising that the nickname never caught on. However, it’s certainly symbolic of the work ethic that has made Wade one of the best players in NBA history.

Spoelstra has seen that work ethic firsthand. Wade has played 932 of his 1,038 NBA games with the Heat, and Spoelstra has been a part of the organization the entire time.

The 11-year coach has been head coach for 617 of Wade’s games, plus another 123 playoff contests. The coach and the 13-time All-Star have won two championships together.

It’s no surprise that the two have got along well and developed chemistry. Both Wade and Spoelstra have a reputation for outworking the competition.