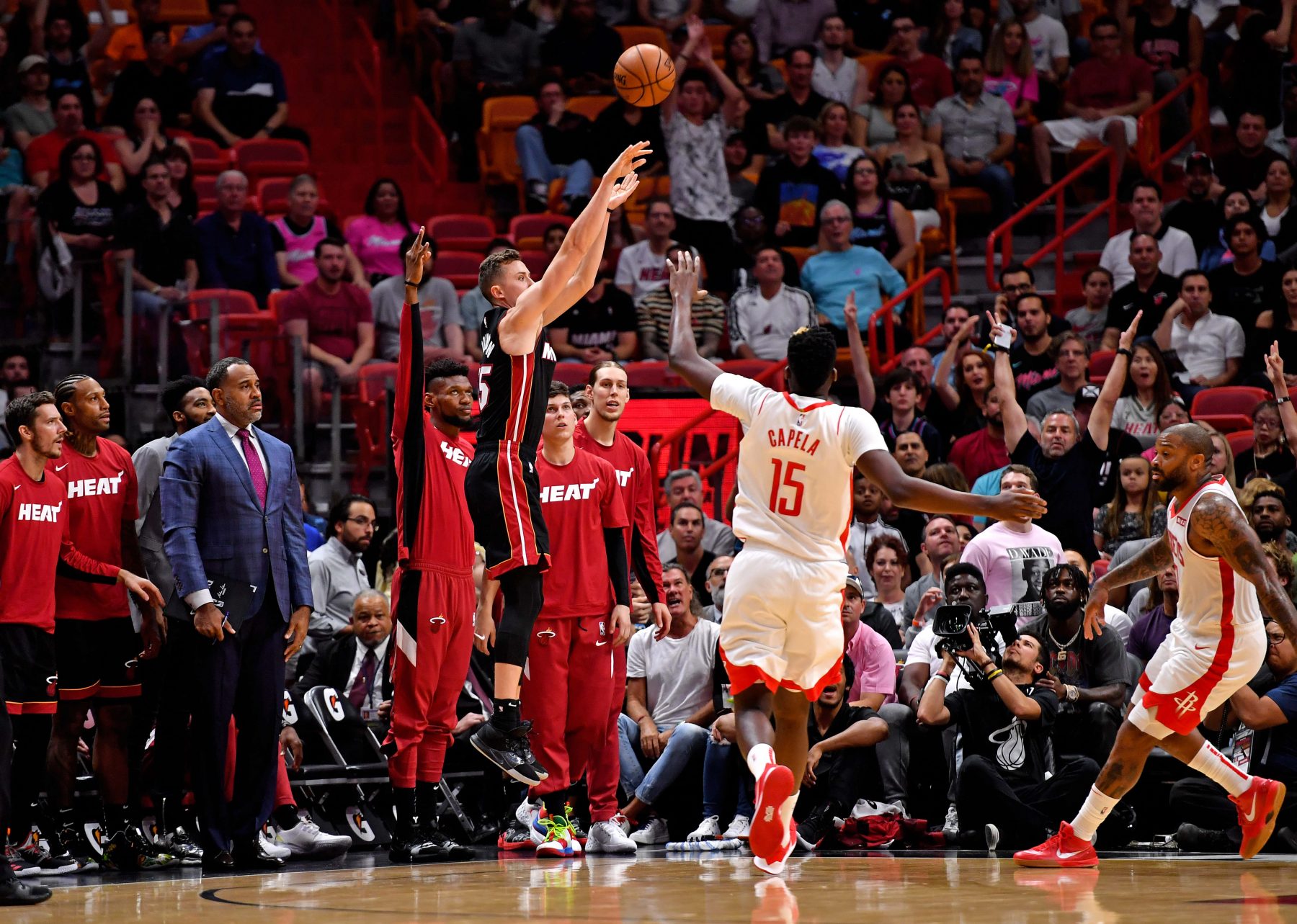 Last season, Duncan Robinson got his first taste of the NBA as an undrafted rookie for the Miami Heat.

He struggled mightily while on a two-way contract and averaged only 3.3 points a game on 39.1 percent field goal shooting and 28.6 percent shooting from three-point range.

This past offseason, he put in tons of work in order to prove he belongs in the NBA, according to Heat head coach Erik Spoelstra.

As a result, Robinson has looked like a different player this season.

So far this year, he’s contributing 11.3 points per game while shooting 55.6 percent from the field and an outstanding 50.0 percent from beyond the arc. But the area of improvement that’s really impressing the Heat’s coaching staff is defense, as Robinson is averaging 0.8 blocked shots per game.

“He has really drilled and worked on his team defense and his fundamentals defensively, starting in the offseason every single day,” Spoelstra said. “Our coaching staff, particularly Chris Quinn, was unmerciful on him in drilling him over and over and over.”

Robinson is one of several young players on the Heat who have played key roles in their fast starts. While players like Tyler Herro and Kendrick Nunn have been more impactful, Robinson has arguably been the most surprising of the group.

When the Heat blew out the Houston Rockets 129-100 on Sunday, Robinson led the team in scoring with 23 points and hit 7-of-11 of his three-point attempts, while also contributing six rebounds and two blocks.

“This is a big time credit to Duncan,” Spoelstra said. “He has perseverance about him that’s unique. A relentless work ethic. He’ll work on the things he needs to. Obviously, his shooting is not by accident. He has put in a lot of hours behind the scenes to hone that stroke. But for him to play for us, he really had to improve his body, which he did. He gained 15 pounds, and that’s legitimate. You can see it.”

While the other Heat youngsters are catching all the headlines, Robinson is proving that hard work certainly pays off in South Florida.