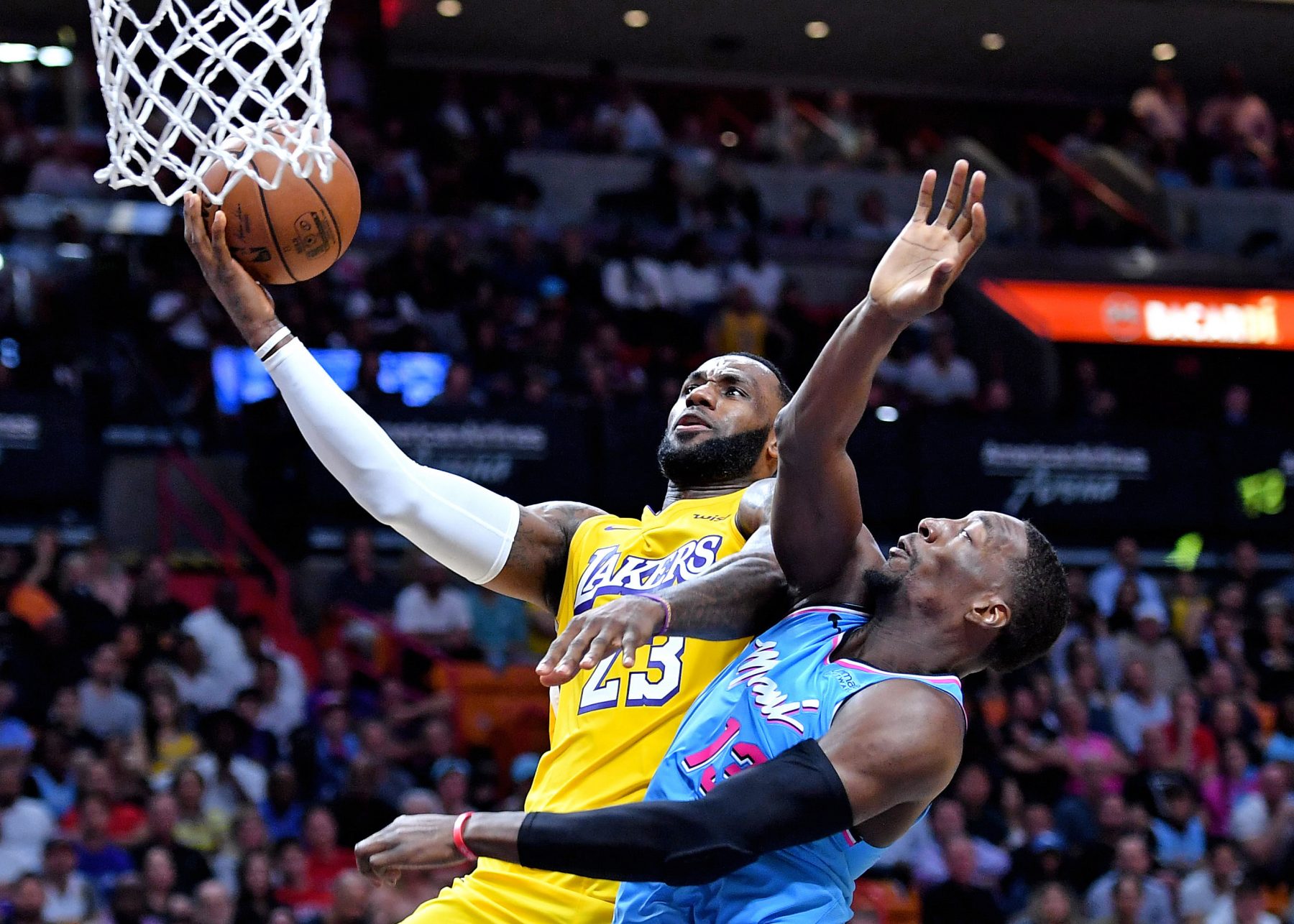 A calendar year ago, virtually no one outside of South Florida thought the Miami Heat had any chance of reaching the NBA Finals.

Yet, it has now happened, as the Heat outlasted the Boston Celtics in Game 6 of the Eastern Conference Finals 125-113.

Head coach Erik Spoelstra acknowledged that facing his former superstar LeBron James for the championship is an intriguing matchup, while rising star Bam Adebayo is up for the challenge.

Erik Spoelstra on facing LeBron James in the NBA Finals: "That's a great storyline. Can you let us enjoy this for right now. This is hard to do. It's hard to get to this point. I want our guys to recognize that and enjoy it."

Bam Adebayo on facing LeBron James next round in the NBA Finals: 'We've been underdogs. … Everyone up here got chips on their shoulders. … It's a toss up in the finals. We're not backing down from anybody."

James, of course, won his first two titles with the Heat several years ago, and he will have to go through them to earn his fourth

Although they boasted several promising young players and perennial All-Star Jimmy Butler, the Heat have been a long shot all year.

They were heavy underdogs against the top-seeded Milwaukee Bucks and MVP Giannis Antetokounmpo in the second round, yet were able to defeat the Bucks four games to one.

In Sunday’s clinching contest against Boston, Adebayo showed the world that he’s continuing to ascend before everyone’s eyes with 32 points, 14 rebounds and five assists.

The Heat will continue their Cinderella-like run in Game 1 of the championship series on Wednesday.