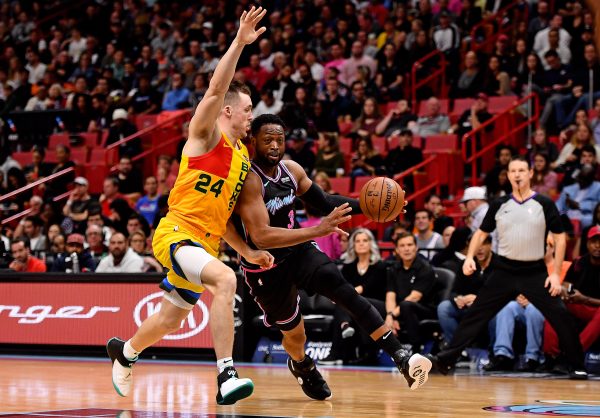 Dwyane Wade may be in his final season, but he still knows how to close out games. Wade finished the fourth quarter of Saturday’s game against the Milwaukee Bucks with seven points as he hit two crucial pull-up jumpers in the final minutes to keep the Bucks at bay. The Heat escaped with a 94-87 victory at home.

Milwaukee’s point guard Eric Bledsoe believes his team defended Wade well, but he had an explanation for the clutch shots.

He’s not wrong. Wade may not be the same player he was when he was a perennial All-Star, but he still has a penchant for hitting clutch shots. Oddly enough, both buckets for Wade came off of pull-up jumpers at the free-throw line as a result of a couple Hassan Whiteside screens. Both baskets gave the Heat a five-point lead as well.

Wade has never been one to shy away from a big moment. The three-time NBA champion knows what it takes to close a team out. In Miami’s lone playoff victory last season, Wade went off for 28 points, punctuated by a dagger jumper in the final minute.
[xyz-ihs snippet=”HN-300×250-TextnImage”]