Dwyane Wade’s Message Before Start of One Last Dance 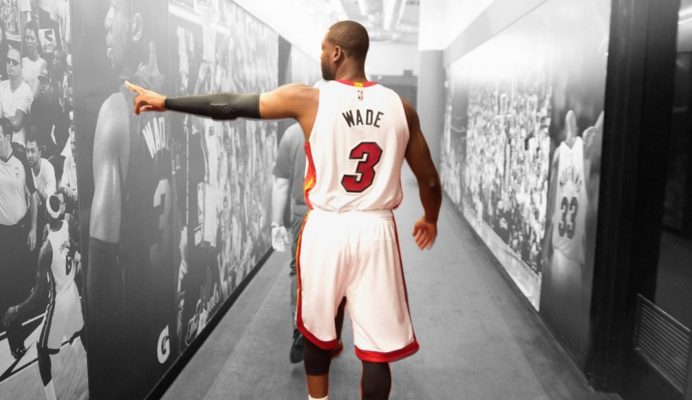 Miami Heat superstar Dwyane Wade is finally ready to begin his 16th and final season in the NBA.

Wade will be suiting up in the same uniform he came into the league with in the 2003 NBA season. The three-time NBA champion has coined his final season “One Last Dance.”

Before the start of the Heat’s regular season tonight against the Orlando Magic, Wade decided to bestow upon his fans a simple reiteration of the start to his final chapter in the NBA:

The Heat icon will likely not log heavy minutes for the 2018-19 season as he averaged just 22.2 minutes per game in a Heat uniform last year. Still, if the Heat advance to the playoffs, one can bet that Wade will be used in much heavier fashion.

The end to Wade’s final season in the NBA will be hard to accept, but for now, Heat Nation should embrace his one last dance.
[xyz-ihs snippet=”HN-300×250-TextnImage”]