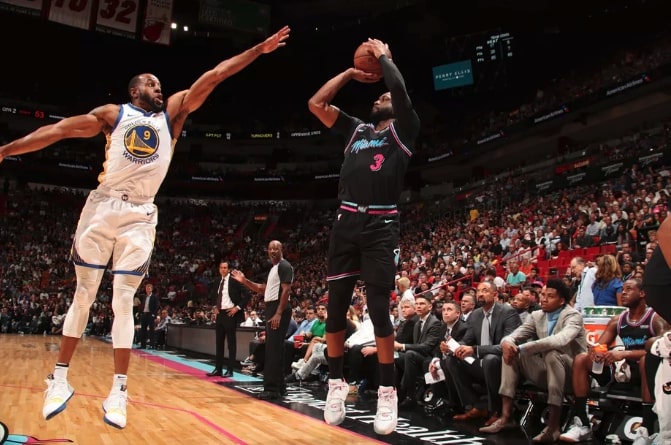 On Wednesday, the Miami Heat made a big pre-deadline move when they traded for Memphis Grizzlies forward Andre Iguodala.

Iguodala had been a major target for several title contenders, but Heat team president Pat Riley was able to outbid them all to acquire the three-time champ.

Shortly after the news, Heat legend Dwyane Wade took to Twitter to offer his take on the move.

Wade, a three-time champion himself, certainly knows what value Iguodala will bring to an already immensely talented Heat roster.

With Iguodala, All-Stars Jimmy Butler and Bam Adebayo will have someone to look to for added leadership as the Heat prepare for what could be a deep playoff run.

While he will likely not replicate those numbers with the Heat, he will serve as an example of a player who has performed at his peak on the NBA’s biggest stage.

Iguodala was named Finals MVP when the Golden State Warriors won the 2015 NBA Finals. He went on to be a crucial piece in the Warriors’ two additional championships.

Certainly, the hope in Miami is that Iguodala will be a part of another title team in the near future.