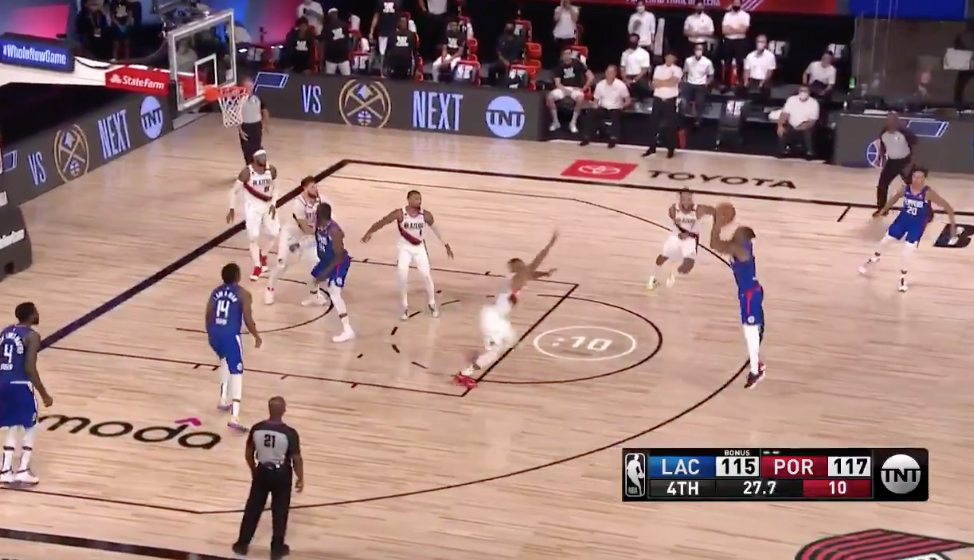 With the Clippers trailing 117-115, McGruder hit a trey from the top of the key to give the Clippers a one-point advantage with just 26.5 seconds left.

While Wade is now retired, McGruder and the Clippers are looking to lock up the No. 2 seed in the Western Conference.

Los Angeles now holds a two-game advantage over the Denver Nuggets with just three games remaining in its regular season.

McGruder has played mainly in a bench role for the Clippers this season, averaging 3.2 points and 2.5 rebounds in 14.8 minutes per game.

Last season in Miami, he appeared in 66 games, starting 45 and averaged a career-high 7.6 points per game.

It’s nice to see Wade cheering on his former teammates and wishing them the same success that he had in his illustrious career.