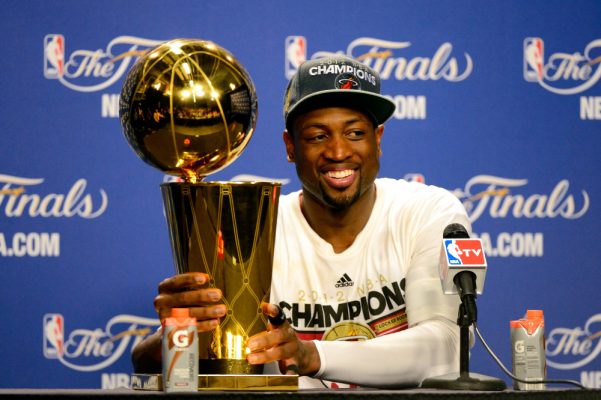 Dwyane Wade’s NBA career has officially ended, but that doesn’t mean the conversation about his greatness has to.

On Sunday, one fan took to Twitter to say that Wade would have won more championship rings than his current three had his knees remained healthy.

It’s a lofty estimate, but it may not be so far off.

Wade’s knee injuries not only likely ended his career a couple seasons earlier, but they also impacted his effectiveness at certain points during his prime.

Even during the Big 3 era, Wade dealt with various injuries, and while he did of course win two championships during that era, he and the Heat also lost twice in the NBA Finals.

It is unclear if Wade truly believes he would have doubled up on his championships had his knees held up, but there’s no doubt that he doesn’t lack for confidence.

Either way, it’s great to see that even though his NBA career is over, Wade’s competitive spirit is alive and well.

It will be fascinating to see where that spirit takes him in his post-NBA career.
[xyz-ihs snippet=”Hn-Responsive-EOA”]