At 7-3, the Philadelphia 76ers are currently tied for the best record in the NBA.

Of course, most of the credit should go to their two stars, Ben Simmons and Joel Embiid, but rookie guard Tyrese Maxey is starting to emerge as a productive player, and Miami Heat great Dwyane Wade knows it. 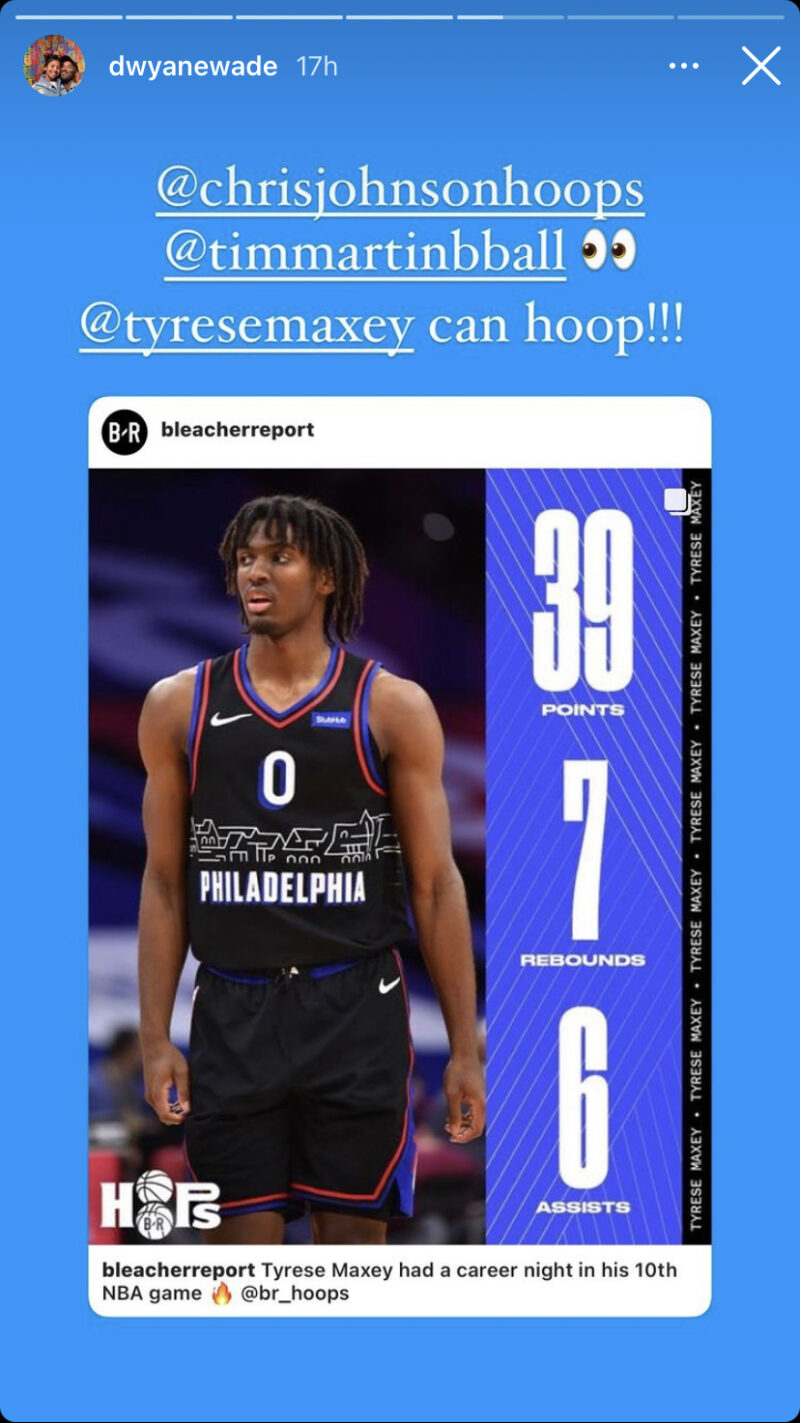 Maxey was the 21st overall pick in last year’s NBA draft. A 6-foot-2 guard, he was a solid player during his lone season at the University of Kentucky, but nothing special.

But with his ability to handle the ball and score, he has averaged 10.1 points in 18.5 minutes a game in his first 10 contests this season.

With the Sixers’ roster severely depleted due to the NBA’s novel coronavirus protocol, Maxey took control in the team’s last game on Saturday. He poured in an efficient 39 points, grabbed seven rebounds and dealt six assists.

Along with fellow young guns Shake Milton and Matisse Thybulle, Maxey is helping to give the Sixers some decent depth this season.