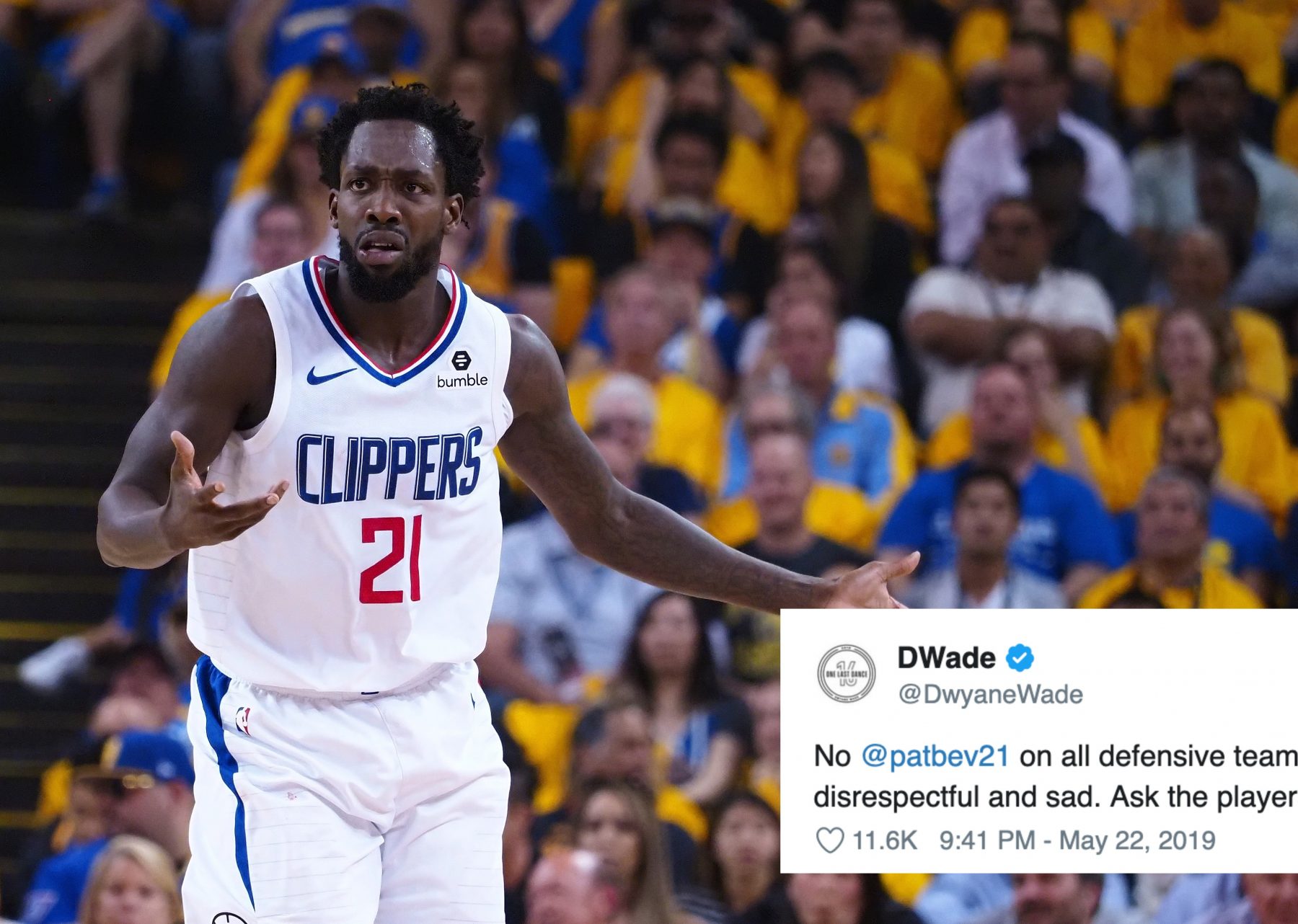 During the final seven seasons of his legendary career, retired Miami Heat guard Dwyane Wade played against Patrick Beverley of the Los Angeles Clippers on a number of occasions.

Having past experience with Beverley’s dogged approach to defense, Wade was incredulous that the guard was somehow snubbed when the NBA’s All-Defensive teams were announced on Wednesday.

No @patbev21 on all defensive team???. Thats just disrespectful and sad. Ask the players who should be on it.

Wade’s criticism of the voting process was directed at the fact that the award is decided by 100 media members who cover the game. That’s in spite of the fact that the players who have to compete against players such as Beverley would be more likely to offer an accurate assessment.

This past season, Beverley helped the Clippers reach the postseason with a 48-34 regular season record.

One indication of how important he was to his team’s cause came during their first-round playoff battle against the defending champion Golden State Warriors. The Warriors’ Kevin Durant was frustrated enough to use the word “pest” to refer to Beverley’s efforts.

Wade’s own defensive skills were good enough to earn him a spot on the league’s All-Defensive Second Team multiple times. The first time came following his second season in 2004-05, while the latter two occasions came in consecutive years following the 2008-09 and 2009-10 campaigns.

At one time, Beverley was a part of the Heat organization after he had been obtained in a 2009 draft night deal.

After playing overseas during the 2009-10 season, Beverley competed for the Heat’s 2010 Summer League team and took part in the team’s training camp. However, he was released shortly before the start of the regular season.
[xyz-ihs snippet=”HN-300×250-TextnImage”]