Dwyane Wade Vents About Jeff Green Not Getting Significant Contract 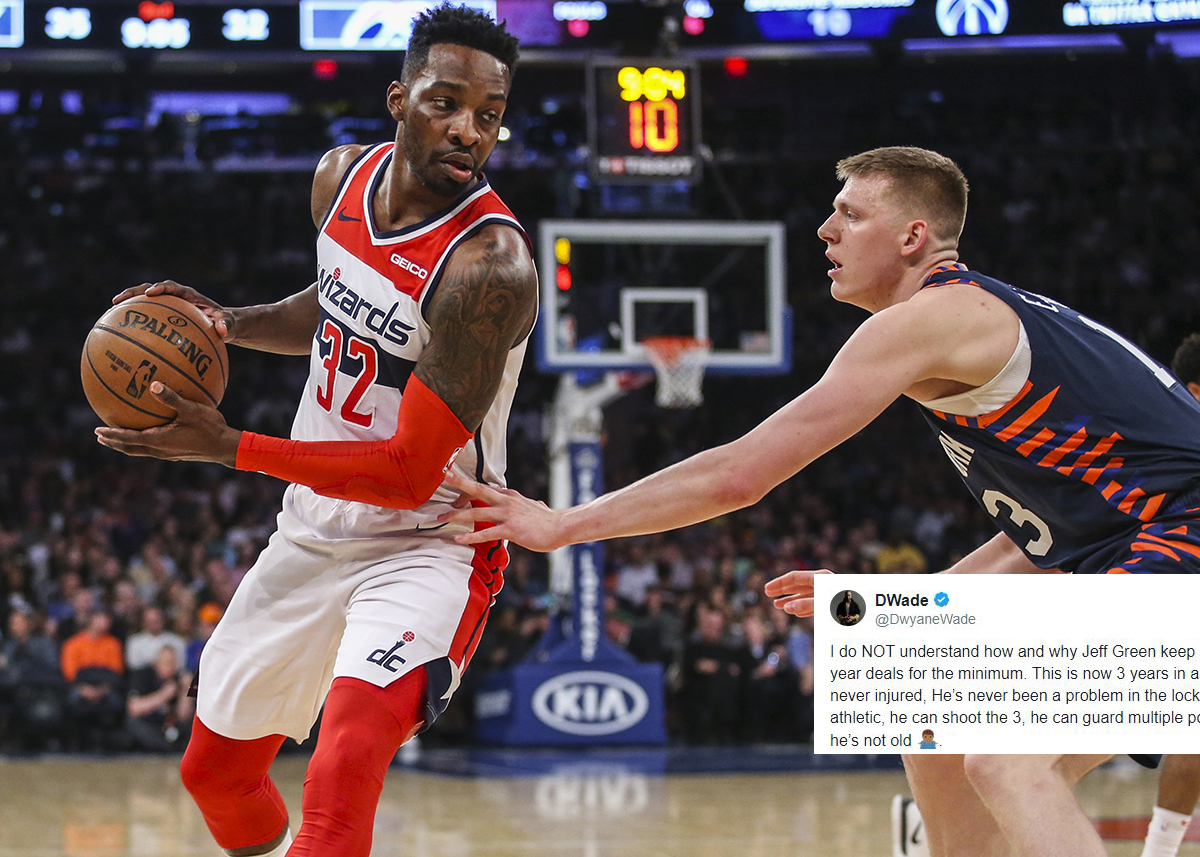 The NBA career of veteran forward Jeff Green has consisted of 11 seasons on the court and has seen him wear the uniforms of seven different teams.

After he agreed on a one-year, veteran’s minimum deal with his eighth team, the Utah Jazz, on Tuesday, Miami Heat legend Dwyane Wade expressed his frustration with Green’s inability to garner a long-term contract from any franchise.

I do NOT understand how and why Jeff Green keep signing these 1 year deals for the minimum. This is now 3 years in a row. He’s never injured, He’s never been a problem in the locker room, He’s athletic, he can shoot the 3, he can guard multiple positions and he’s not old ??‍♂️.

The 32-year-old Green will earn $2.56 million for the 2019-20 season, the third consecutive year that he’s had to accept the veteran’s minimum. Two years ago, he signed a one-year deal with the Cleveland Cavaliers and then moved on to play for the Washington Wizards last season.

In his NBA career, Green has averaged 13.2 points, 4.5 rebounds and 1.6 assists per game, with his numbers with the Wizards close to those statistics. The only time he’s had any serious health issue came when he was forced to sit out the entire 2011-12 season because of a heart ailment.

Wade believes that the combination of that consistency and veteran leadership would seemingly be worthy of a long-term deal. In 2012, Green did sign a four-year deal when he played for the Boston Celtics that would pay him $36 million over four seasons.

The biggest single-season payday of Green’s career came in 2015, when he signed a contract that paid him $15 million to play for the Orlando Magic. That was again a one-year contract, with his market value apparently having diminished since that season.

Given Wade’s passion on the subject, it would seem natural for him to have suggested that the Heat sign Green, given their salary-cap issues. Whether or not he did is unknown, but it’s clear that he believes that Green is a worthy investment.