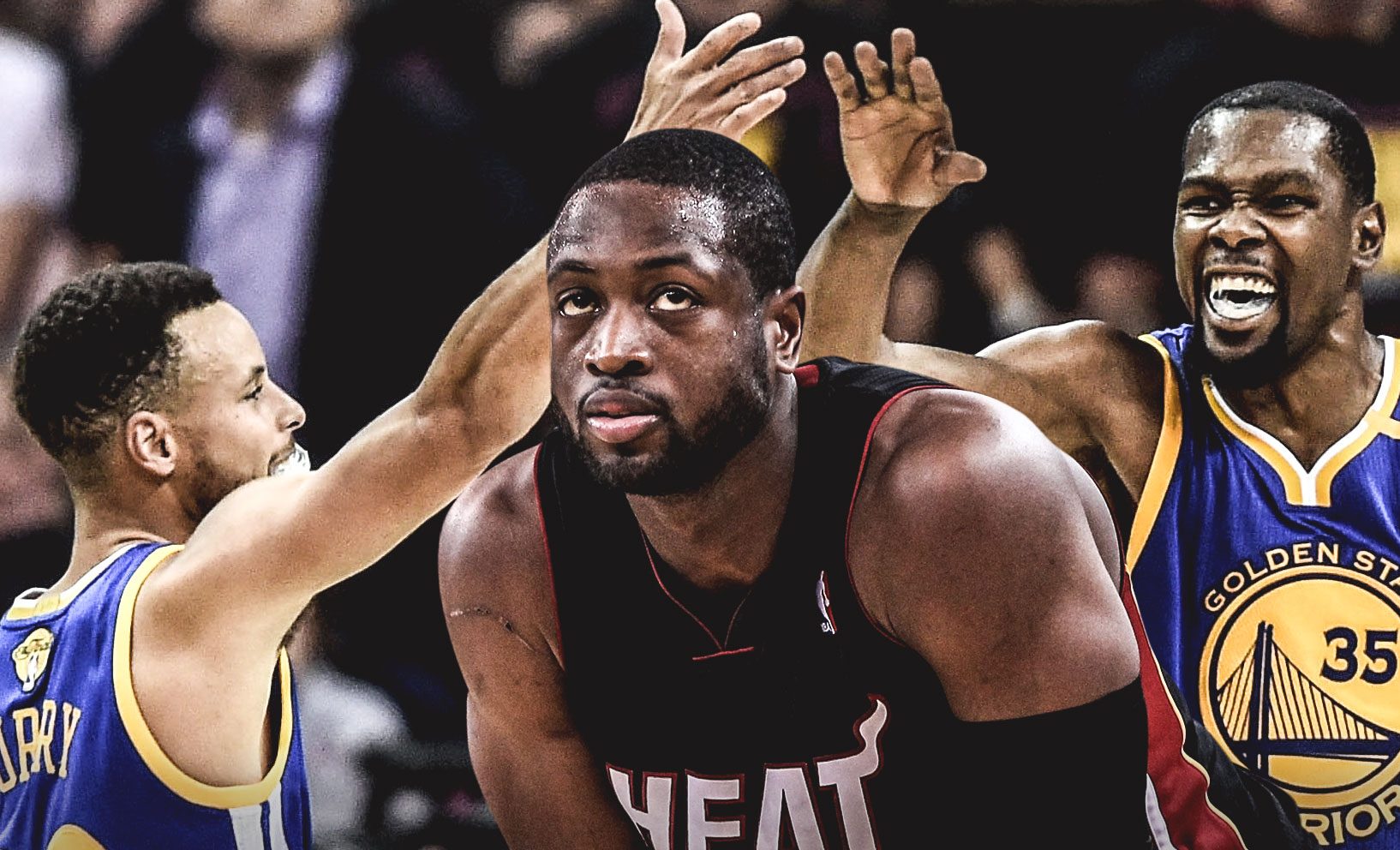 With the NBA on a hiatus due to the outbreak of the novel coronavirus, it seems like the only thing fans and players can do is binge watch highlights and past games.

It appears that’s exactly what Miami Heat legend Dwyane Wade has been doing, as evidenced by his recent social media post.

I think i just watched this 6times in a row. Incredible! https://t.co/xuHEoh3lgQ

Stephen Curry and Kevin Durant may have played together for just three seasons, but they will certainly go down as one of the better duos in NBA history.

Their resume speaks for itself: a 67-15 record in their first season together, back-to-back NBA championships and a trip to the NBA Finals each season.

Durant was already a great player with the Oklahoma City Thunder prior to arriving in Oakland, but once there, he expanded his game. He became a better passer, as his 5.4 assists a game in those three seasons would suggest.

He also became a much better defender, putting up 1.5 blocked shots per game while with the Warriors. In his eight seasons in Oklahoma City, Durant averaged one block a game.

One can only imagine the damage a fully healthy and recovered Durant will do with new teammate Kyrie Irving next year.