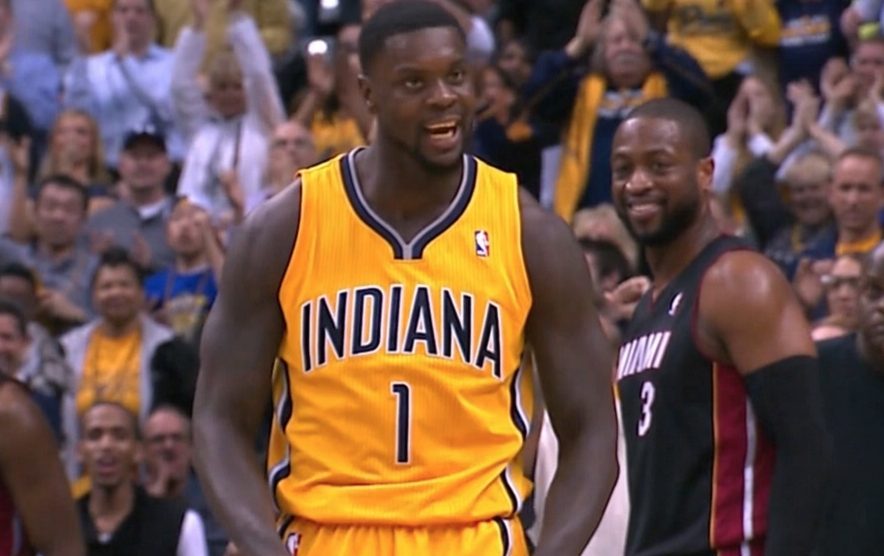 The Miami Heat defeated the Indiana Pacers in Game 2 of their playoff series on Thursday, and Heat legend Dwyane Wade couldn’t be happier about it.

Right after the final whistle blew in the game, Wade took to social media to talk some trash to Pacers icon Reggie Miller.

Wade’s choice of GIF in the tweet is also pretty perfect. He and the Heat enjoyed many fantastic battles against Lance Stephenson and the Pacers during the Heat’s Big 3 era.

While the Big 3 era is now ancient history, the success that Miami is enjoying right now is somewhat reminiscent of those dominant years.

The Heat have shown incredible poise and confidence so far in their opening series.

If the Heat make it out of the first round, they’re expected to face off against the No. 1 seed Milwaukee Bucks.

With that in mind, the Bucks did lose Game 1 to the Orlando Magic earlier this week.

For now, the Heat are surely focused on Game 3 and tightening their hold on their current series.

As for Wade, he seems to be most focused on the bragging rights that his former team is offering him right now.