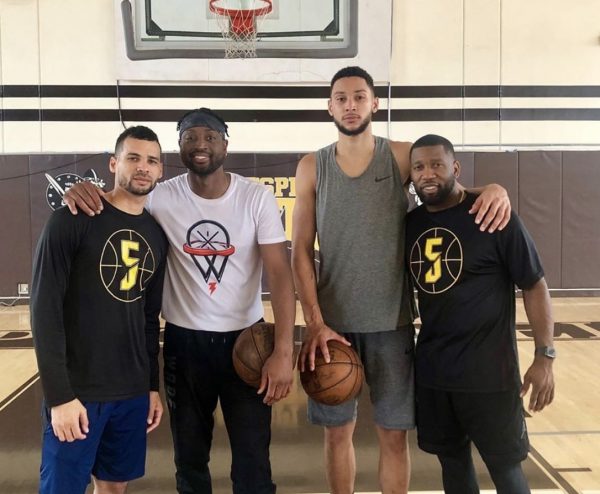 He may be retired, but Dwyane Wade isn’t done giving back to the game of basketball.

The Miami Heat legend had a workout with Ben Simmons to celebrate Independence Day earlier this week.

The two were seen with NBA trainer Chris Johnson, who posted a photo with them on his Instagram account.

The fact that Simmons is training with Wade and Johnson is excellent news for Philadelphia 76ers fans who would like to see the former No. 1 overall pick develop a jump shot before the upcoming season.

Johnson is an NBA development coach for several players including Simmons’ former teammate and current Heat star Jimmy Butler. With Simmons training regularly with one of the NBA’s more prominent teachers of the game, there’s reason to believe that fans will see more than just an improved jumper next season. Johnson is highly regarded as someone who improves a player’s complete game.

For Heat fans, it’s refreshing to see Wade hooping it up with a young player like Simmons. He had clearly taken a liking to being a mentor and father figure to the younger players in Miami last season, but it appears he is expanding that role to the rest of the league’s next generation of stars now that he’s retired.