Dwyane Wade Celebrates Thanksgiving by Shouting Out Both Fans and Haters 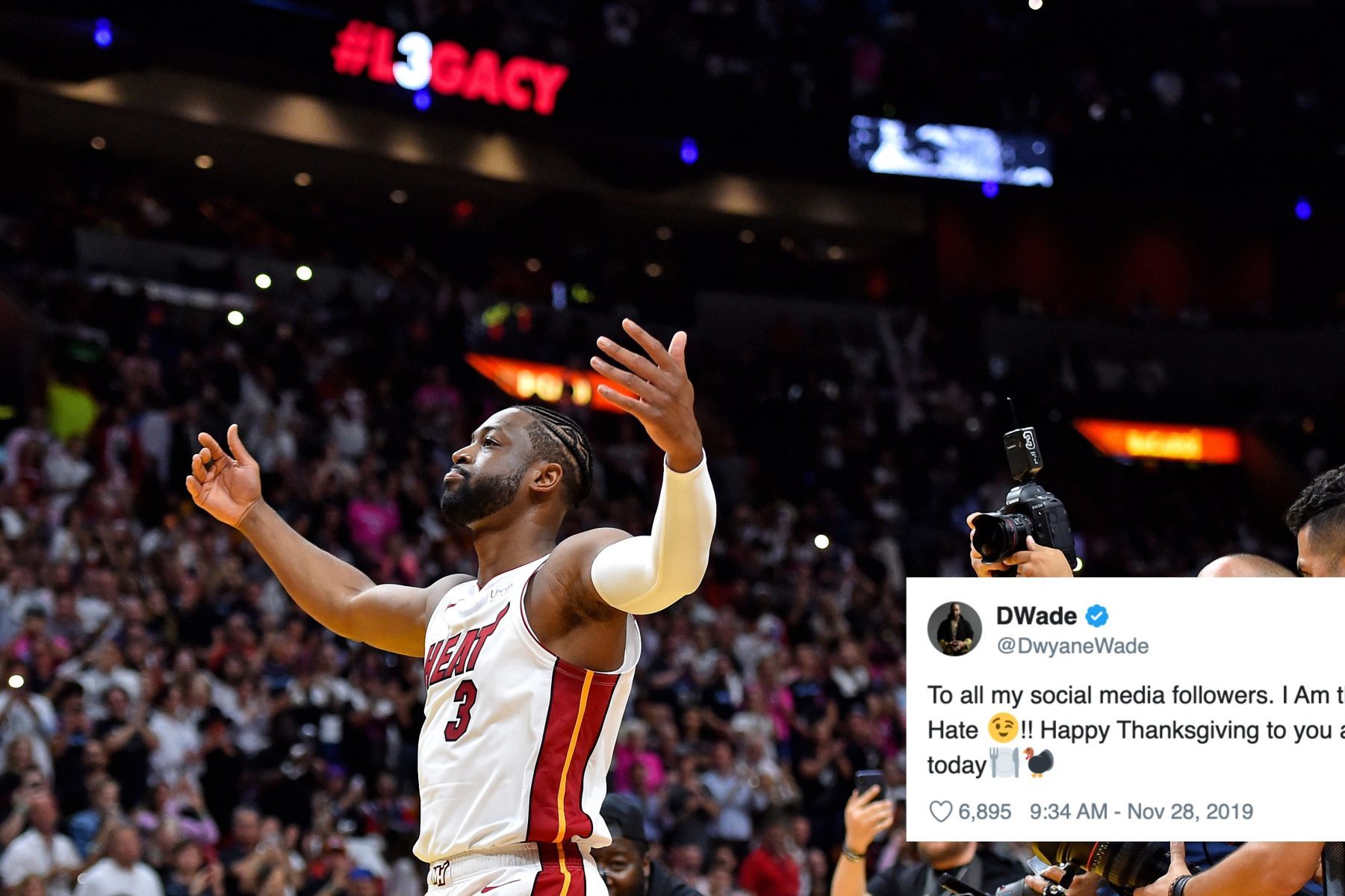 Miami Heat legend Dwyane Wade made sure to wish all of his followers on Twitter a happy Thanksgiving on Thursday.

To all my social media followers. I Am thankful for the Love and Hate ?!! Happy Thanksgiving to you all and it’s okay to feel fat today??

Although the shooting guard is no longer on the court, he is still regarded to as one of the faces of the Heat franchise. Wade won three championships, went to five NBA Finals and became the all-time leading scorer in team history during his time with the Heat.

The veteran finished his career with averages of 22.0 points, 5.4 assists and 4.7 rebounds per game.