Dwyane Wade Shouts Out Zion Williamson After Being Drafted No. 1 Overall 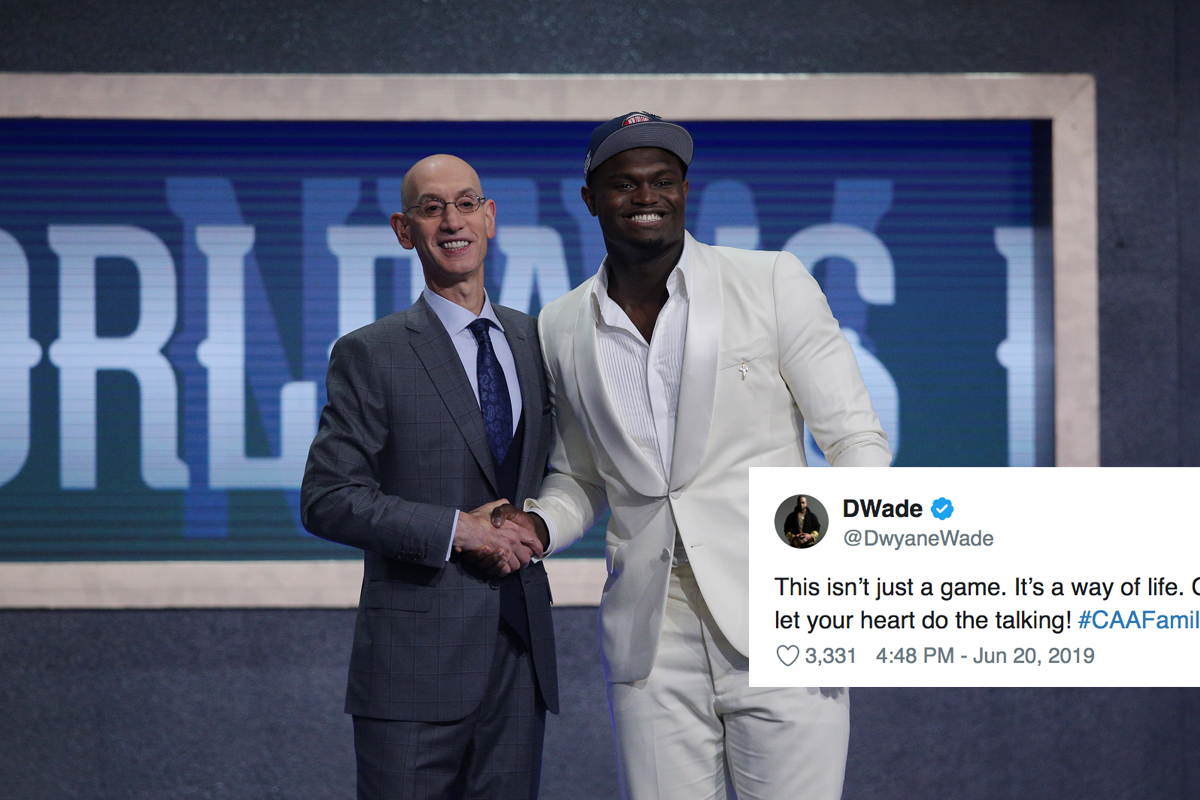 Basketball phenom Zion Williamson was drafted with the No. 1 overall selection in the 2019 NBA Draft, and it didn’t take long for Miami Heat legend Dwyane Wade to wish the youngster good luck.

Wade not only welcomed Williamson to the NBA family but the Creative Arts Agency family as well, as the two stars are represented by the same agency.

This isn’t just a game. It’s a way of life. Congrats Zion and way to let your heart do the talking! #CAAFamily

It’s been well over a decade since Wade was selected by the Heat with the No. 5 overall pick in the 2003 NBA Draft, but there’s little doubt that he remembers the swell of emotion quite well.

With Wade out of the league, he’s going to get the chance to watch Williamson take on the NBA night in and night out just like the rest of us.

Given the fact that Williamson is believed to be the most talented prospect to enter the league since Wade’s close friend and former teammate LeBron James, there’s a lot to be excited about.
[xyz-ihs snippet=”HN-300×250-TextnImage”]