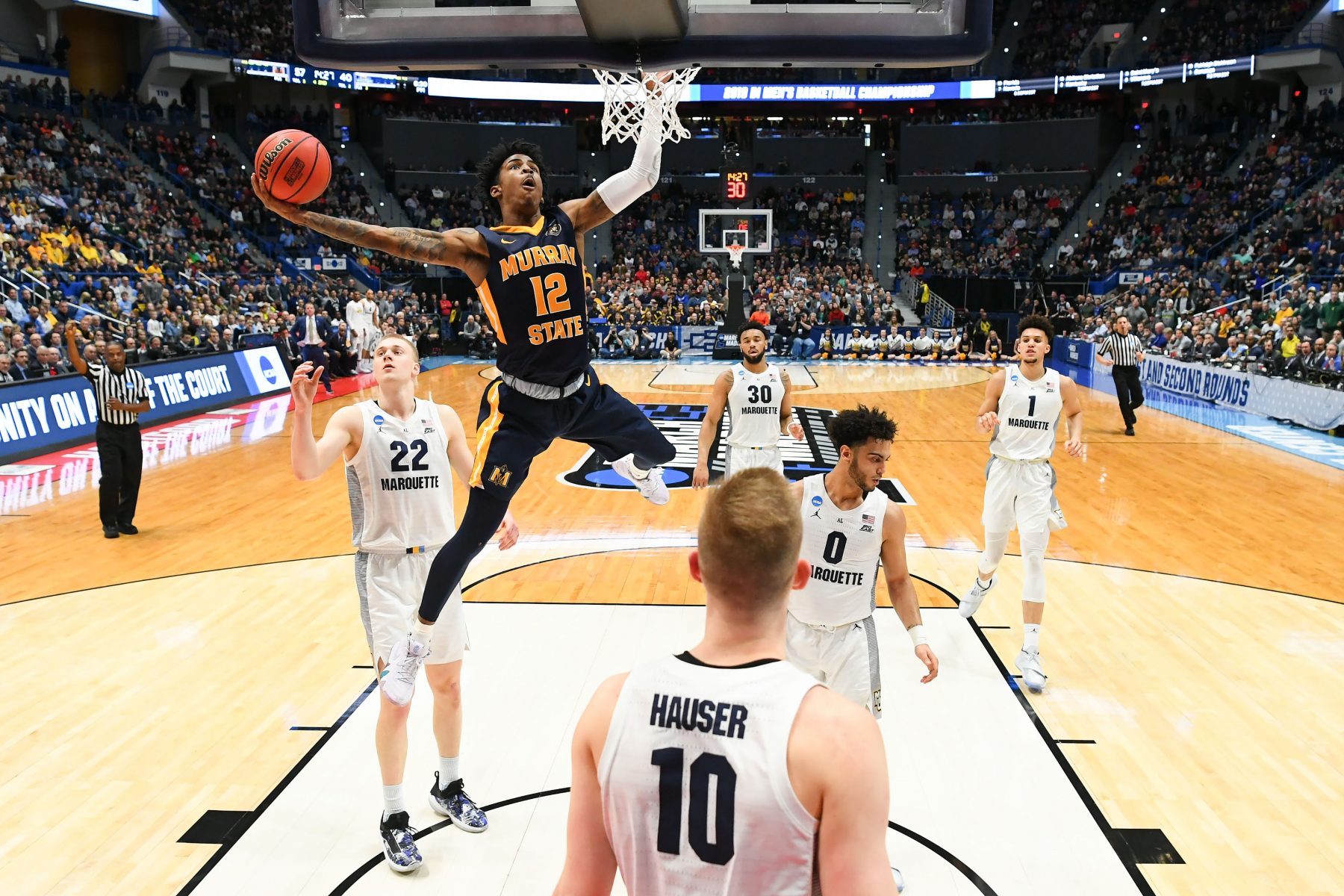 Congrts to Murray State and much respect to @igotgame_12 on joining the triple double family in the tourney!

Morant recorded 17 points, 16 assists, and 11 rebounds in 39 minutes of play. Morant’s triple-double was just the ninth in tournament history.

The 19-year-old was the first guard to record a triple-double in the tournament since Wade himself did it against the University of Kentucky Wildcats in 2003.

So far this season, Morant has averaged 24.4 points, 10.2 assists, and 5.7 rebounds per game. The sophomore is projected to be one of the first players selected in the 2019 NBA Draft should he choose to declare and leave school early.

Murray State will now face off against the fourth-seeded Florida State University Seminoles on Saturday.

It’s good to see that as Wade’s career gets closer to its finale, he is acknowledging the impressive performances of the potential stars of the next generation.
[xyz-ihs snippet=”HN-300×250-TextnImage”]