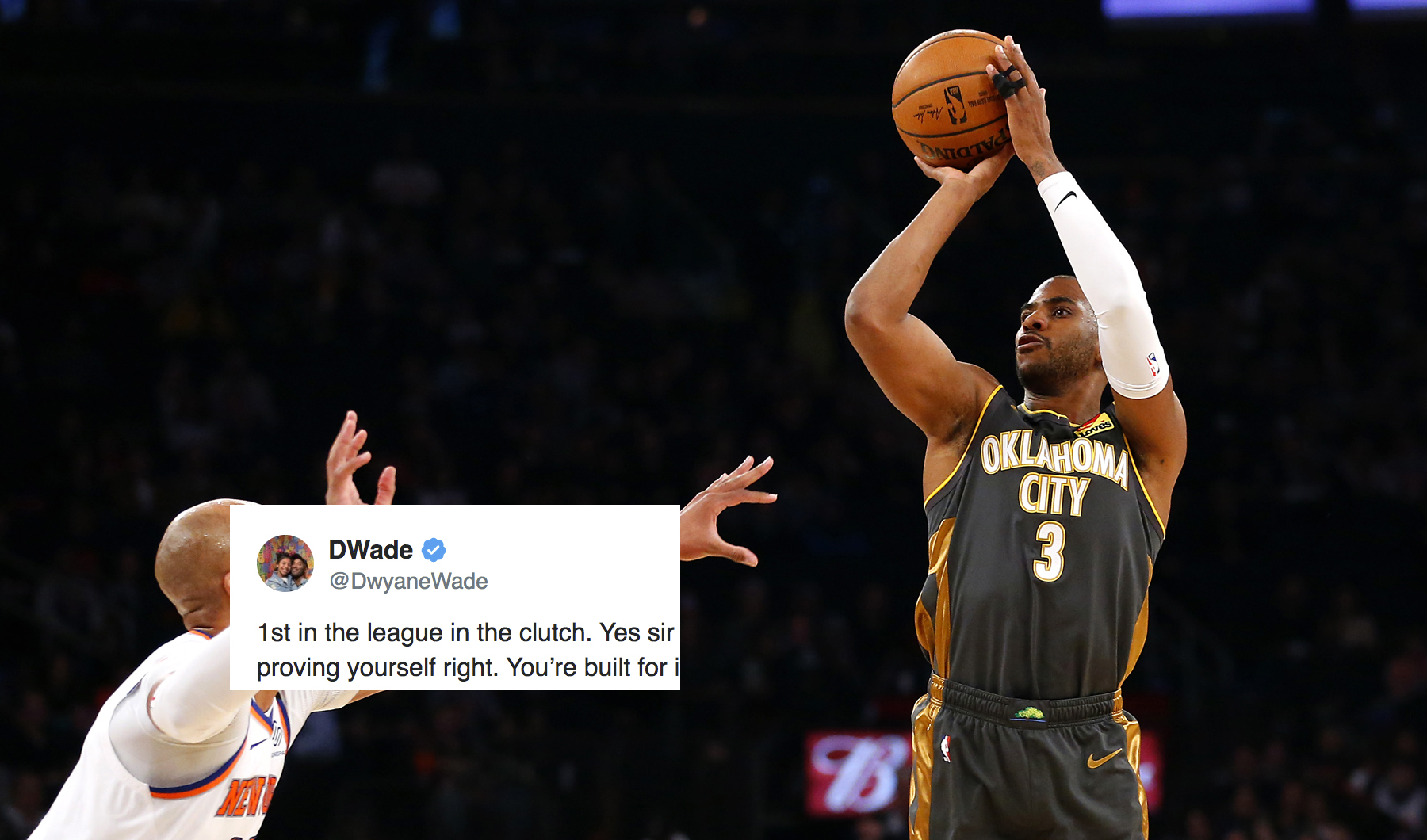 In his 15th NBA season, the Oklahoma City Thunder’s Chris Paul is still one of the league’s best clutch players.

Dwyane Wade took to social media today to give Paul some props for continuing to do what he’s been doing for many years under pressure.

1st in the league in the clutch. Yes sir my guy. Keep going and proving yourself right. You’re built for it all @CP3 https://t.co/S024F68QA7

Wade and Paul make up one half of the “banana boat” group that also includes LeBron James and Carmelo Anthony.

Paul had a down year last season with the Houston Rockets, when it looked like age was starting to catch up with him. He averaged 15.6 points a game on just 41.9 percent shooting, both career-lows.

But this season, he has returned to form, putting up 17.5 points a game on 49.0 percent shooting while leading the Thunder to a surprising 39-24 record.

Few expected Oklahoma City to contend for a playoff spot, but it’s currently in sixth place in the Western Conference and half a game behind the Houston Rockets.

With Paul playing this way while closing in on his 35th birthday, one would think he has a couple more years at or near this level left in him.