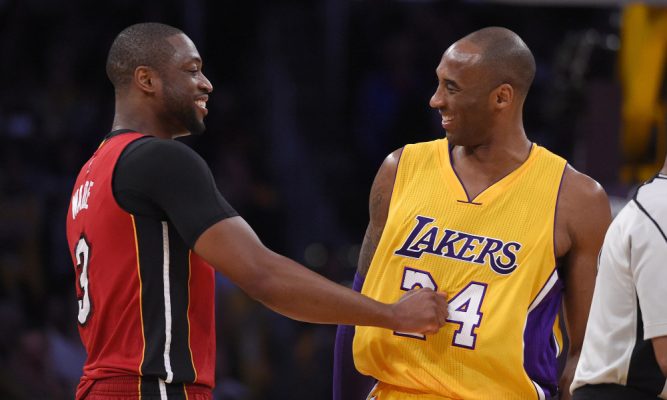 On Saturday, the NBA unveiled the lineup for the 2020 Naismith Memorial Basketball Hall of Fame.

Wade had his fair share of memories on the court with a few of the inductees in the illustrious class.

As a matter of fact, Wade and Garnett had multiple battles in the NBA playoffs. The two faced each other in the first, second and third rounds of the playoffs throughout their careers.

In addition, the Heat’s all-time leading scorer clashed with Duncan in the NBA Finals twice.

While Wade got the best of the San Antonio Spurs legend in the 2013 NBA Finals, Duncan secured his fifth title by helping top the Heat in the 2014 NBA Finals.

Yet, Wade’s most emotional connection comes with Bryant, who passed away in January. He looked up to the Los Angeles Lakers superstar in numerous ways.

The duo competed together on the U.S. national team in 2008, playing huge parts in helping the squad capture a gold medal.

Whether it was against or with them, Wade got to witness the greatness of these inductees in person.