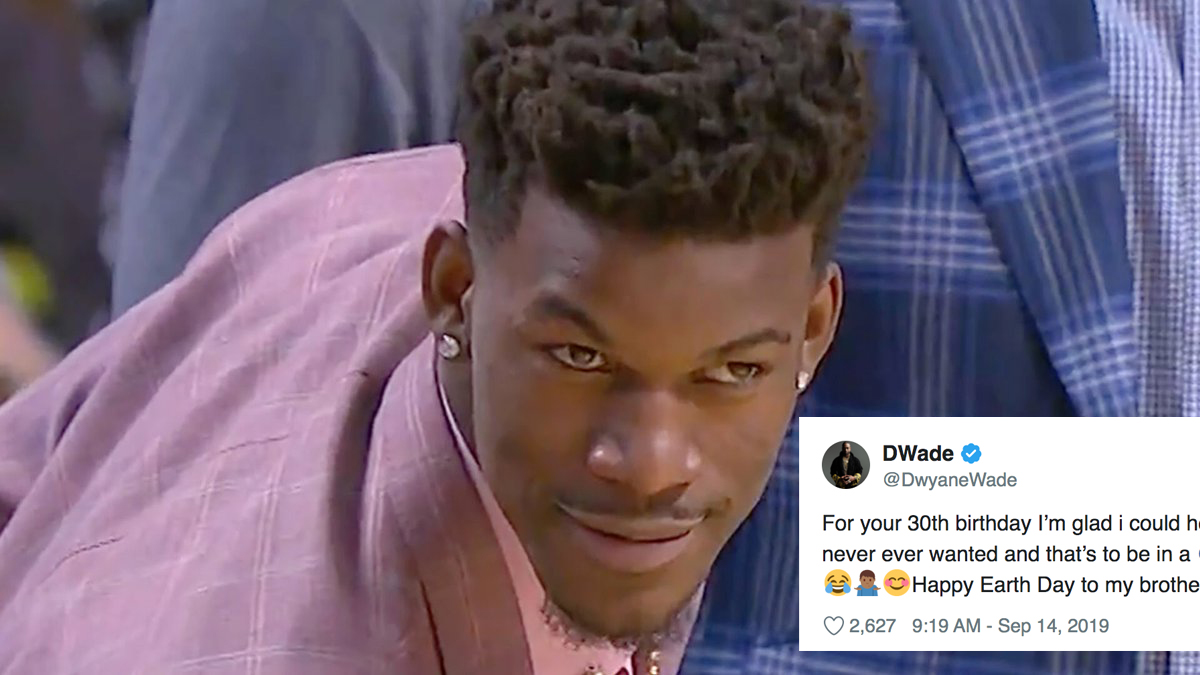 One of the newest members of the Miami Heat, Jimmy Butler, is celebrating his 30th birthday today, just a few weeks before the team’s training camp is set to begin.

For your 30th birthday I’m glad i could help you get something you never ever wanted and that’s to be in a @MiamiHEAT Jersey ‼️???‍♂️?Happy Earth Day to my brother @JimmyButler

Butler was acquired by the Heat this past summer from the Philadephia 76ers, shortly before he was set to become a free agent. Miami made the bold move since their salary-cap issues would have otherwise prevented them from making a bid in free agency for the All-Star.

If Wade has any regrets about that turn of events, it stems from the fact that an earlier bid by the Heat last fall to acquire Butler came up short. At that time, Butler was a member of the Minnesota Timberwolves.

Had that acquisition taken place, Wade would have had Butler as a teammate during his memorable “One Last Dance” final season. While that didn’t take place, Butler did play against Wade in the latter’s final home game at American Airlines Arena on April 9.

The bond that connects Wade and Butler is the fact that both played collegiately at Marquette Unversity. Both players ended up being selected in the first round of their respective NBA drafts. Wade was selected fifth overall to the Heat in 2003, while Butler was chosen by the Chicago Bulls with the 30th overall pick in 2011.

Wade and Butler would join forces with the Bulls for one season, when Wade left the Heat in free agency in 2016. During the 2017 NBA Draft, Butler was dealt to the Timberwolves, with Wade being bought out of his contract by the Bulls three months later. While Wade is no longer playing, he’s likely to be an enthusiastic supporter of the Heat in general and Butler in particular.