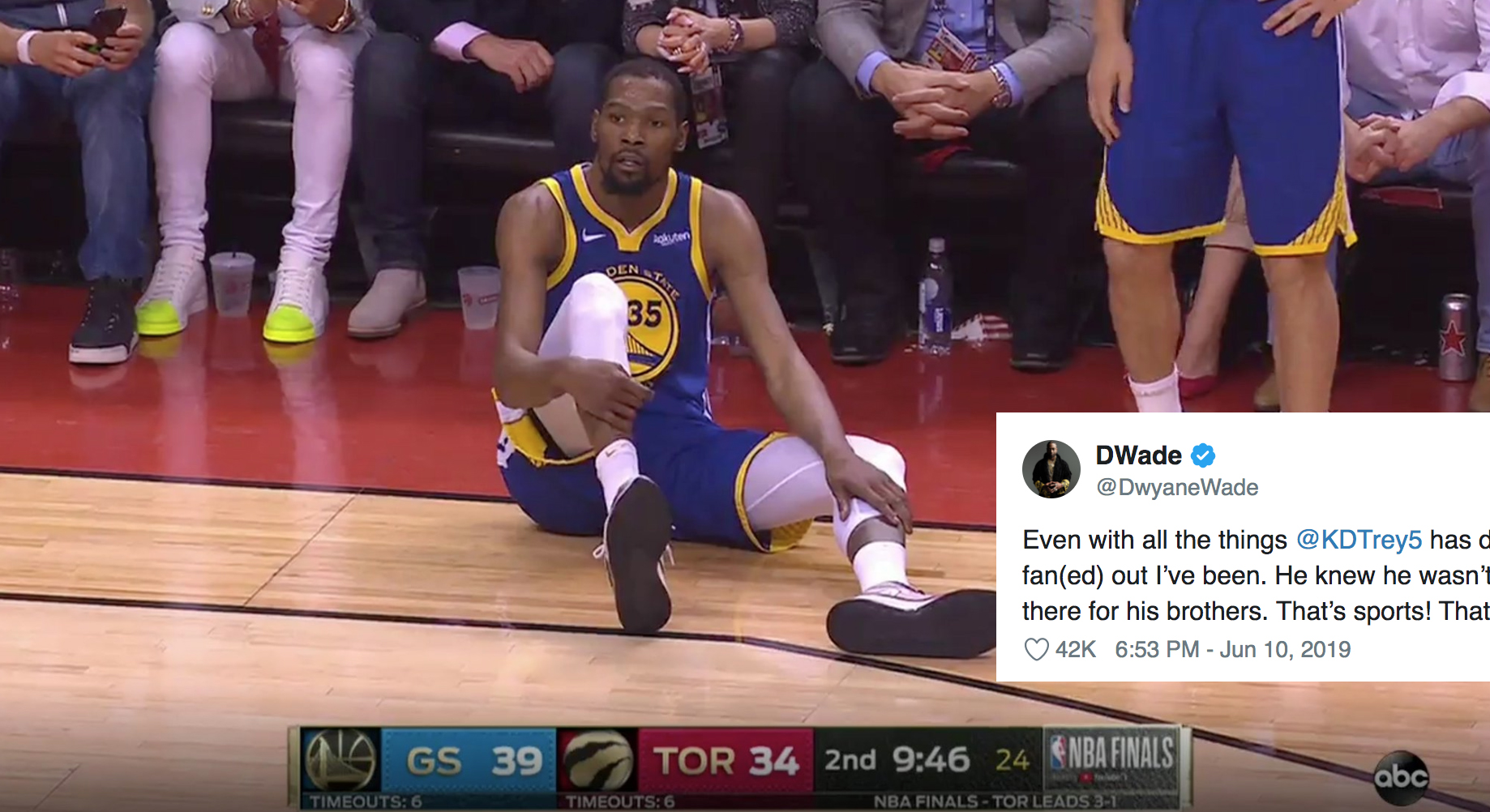 Miami Heat legend Dwyane Wade knows what it’s like to play through injury to help his team get the win.

In Monday night’s NBA Finals matchup between the Golden State Warriors and Toronto Raptors, Kevin Durant tried to do just that after missing the first four games of the series due to injury.

Unfortunately, his time on the court was brief, as the two-time Finals MVP was forced to leave the game after he appeared to re-injure his calf.

Even with all the things @KDTrey5 has done. This is the most fan(ed) out I’ve been. He knew he wasn’t right but he wanted to be there for his brothers. That’s sports! That’s love!

It takes a champion to know a champion, and Wade admiring Durant’s desire to get out there and play with his teammates shows the huge level of respect Wade feels towards him.

Unfortunately for the Warriors, Durant’s exit from the game seems to indicate that the Raptors will prove victorious in the series as they already hold a 3-1 record on the defending champs.

As for Durant, his injury could mark the beginning of his offseason, in which many have predicted that he will leave the Warriors to take his talents to the New York Knicks.

No matter where he plays, it seems clear that Wade will continue to be a huge fan of Durant’s.
[xyz-ihs snippet=”HN-300×250-TextnImage”]