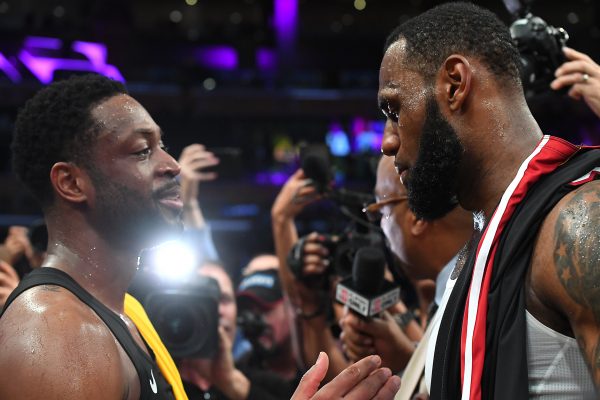 Following what was likely his final game against LeBron James and his final game at Staples Center, the Miami Heat’s Dwyane Wade expressed his gratitude to the Los Angeles Lakers in an Instagram post.

What. A. Night. Games and atmospheres like last night is what I’ll miss most about playing this game. Thank you to the @lakers organization for that amazing tribute video! What better stage for my brother and I to end it on. #onelastdance

Monday night really did offer a fantastic stage for James and Wade to play against each other one last time. Coming off the Heat bench, the veteran guard posted a double-double with 15 points and 10 assists.

He also had the ball in hand during the final possession with his good friend James guarding him closely.

While his potential game-tying shot didn’t come close and his team fell short, 108-105, Wade put up a solid performance in L.A., reminding Laker fans that he can still run with the best, even at age 36.

Wade and the rest of the Heat continue their road trip on Wednesday night against the Utah Jazz.