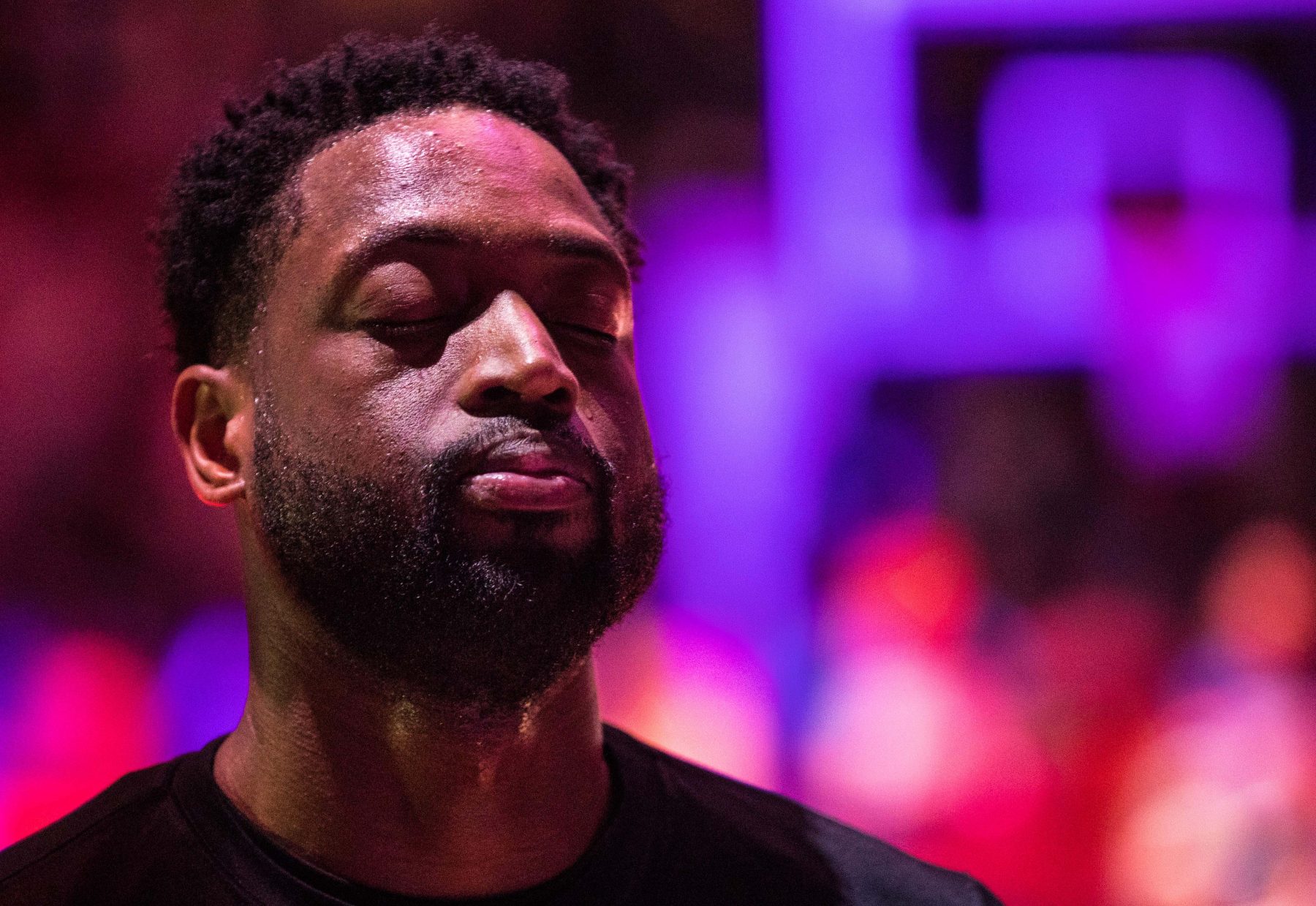 During the Miami Heat’s game against the Philadelphia 76ers on Thursday night, the 76ers decided to honor Heat guard Dwyane Wade with a special tribute video from Allen Iverson.

After the game, which the 76ers won by a score of 106-102, Wade took to Instagram to thank Iverson for the tribute, saying that the Georgetown University product is one of his favorite players and one of the reasons his jersey number is 3.

If you know me then you know how much this means to me. I remember being in my driveway trying to master A.I. Crossovers over and over until i got it right. After MJ @theofficialai3 is my favorite player. One of two reasons that i wear the number 3. I modeled my game after him and Mike. I can’t thank him or the philly organization enough for this. This means something to me. Thank you! #OneLastDance

Throughout their careers, Iverson and Wade played each other a total of 16 times, with all of the games coming in the regular season. The head-to-head record finished tied at eight wins apiece.

Although they were fierce competitors on the court, the two did play together a few times in their careers, most notably on the 2004 United States men’s national basketball team. That Olympic team was the one that won a bronze medal after losing to Argentina in the semifinals.

During the 2004 Olympics, Iverson was the United States’ leading scorer at 13.8 points per game. Wade was also a solid contributor to the team, averaging 7.3 points, 2.4 assists and 2.1 steals per game (first on the team).

It’s good to see that as Wade’s career winds down, other legends of the game like Iverson are able to acknowledge his greatness and show him the respect he truly deserves.
[xyz-ihs snippet=”HN-300×250-TextnImage”]