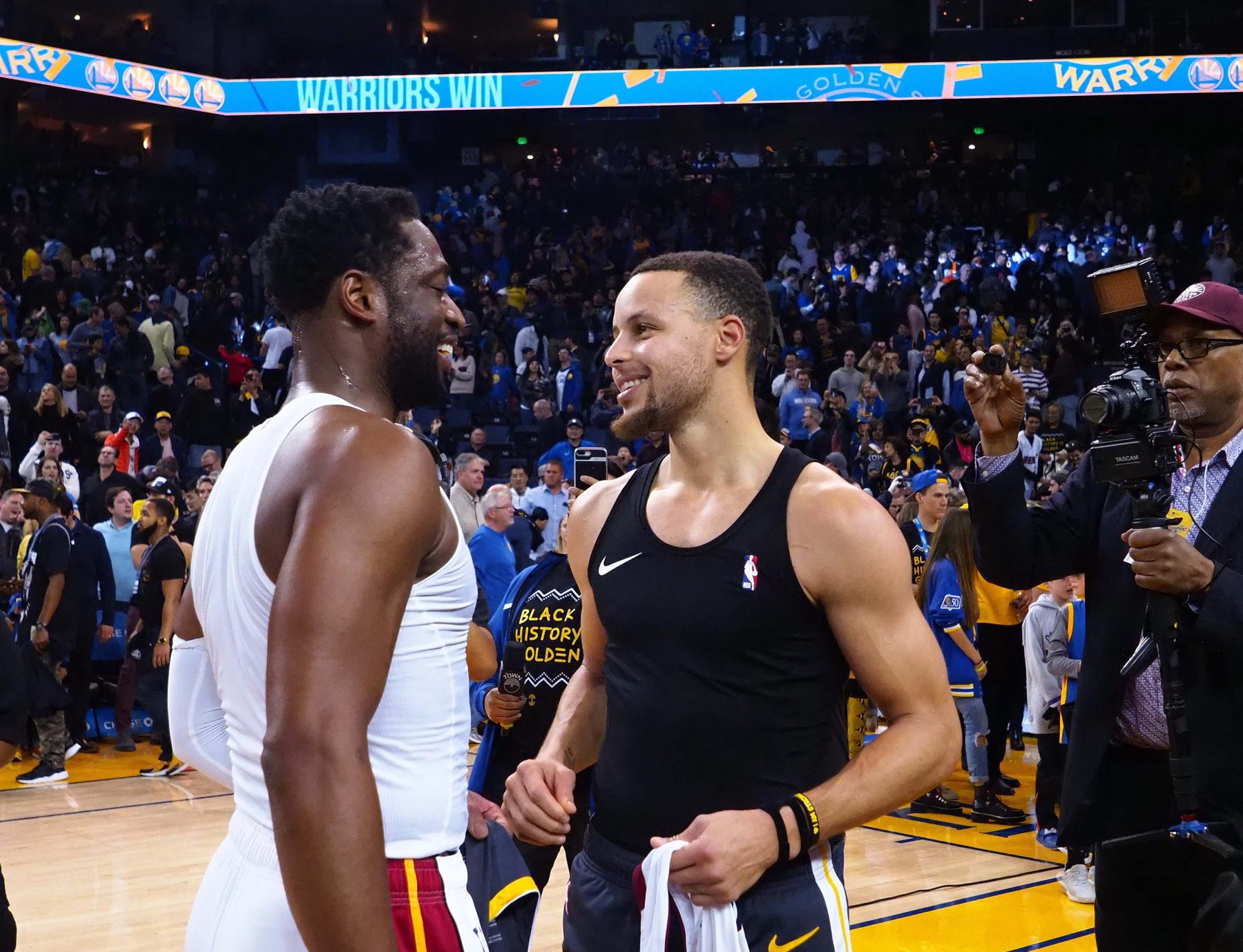 The Miami Heat will take on the Golden State Warriors on Feb. 17 during their West Coast road trip.

The Warriors, led by Stephen Curry, are having a solid season despite losing Klay Thompson for the year due to an Achilles injury.

Heat legend Dwyane Wade revealed that Curry is his favorite player to watch in the NBA right now.

“When the Heat on Wednesday night face the Golden State Warriors, they will be facing a certifiable legend in Stephen Curry,” the Sun Sentinel’s Ira Winderman wrote. “Says who? Says a pair of Heat legends. For his part, Shaquille O’Neal said on TNT’s NBA coverage that he has come around to Curry being more than a one-dimensional shooter. ‘When I first started watching him play,’ O’Neal said, ‘I used to hate it. I used to be at home like, ‘Oh, he’s not gonna make that,’ and he’d make it. Every time I’d say he wasn’t gonna make it, he made it. And then when they started winning championships, me and Charles [Barkley], we’re old school, we’re like, ‘You’re not gonna win championships shooting threes.’ But when they shut us all up and kept winning rings, he definitely got my respect. But he’s still doing the same thing, and I’ve never seen a guy play like that.’ Said Dwyane Wade, now also a Turner studio analyst, ‘This guy, he’s my favorite player to watch play the game of basketball now. I’m jumping on the Shaq bandwagon. He’s my favorite player to watch.’”

Wade and O’Neal won a title together with the Heat, and they clearly appreciate Curry’s greatness as a three-time NBA champion.

Miami has been on tear lately, as it has won five of its last seven games since Jimmy Butler returned to the lineup.

The Heat will have their hands full with Curry, but they will need to beat stars like him if they want to make it back to the NBA Finals this season.