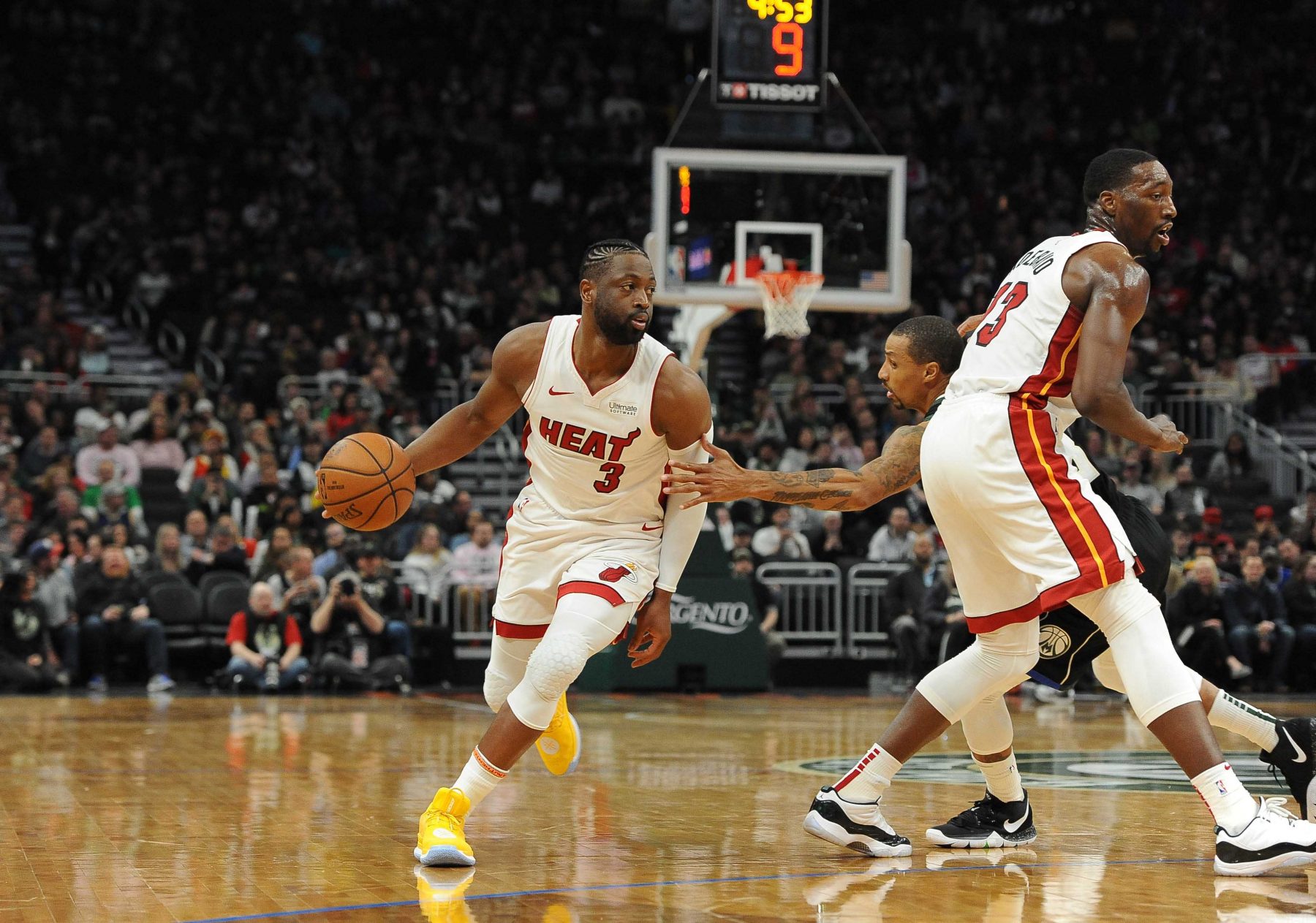 With Miami Heat veteran guard Dwyane Wade in possibly the final week of his legendary career, he’s taking time to reflect on his 16 years in the NBA.

While his playing career is coming to an end, he wants those he’s played alongside to know that he’s always be there for them if they need him.

Asked if he plans to remain in his teammates’ lives, Wade said he plans to, “always be a sounding board.”

Wade has spent more than 14 years in a Heat uniform, helping the franchise win all three of their NBA titles. When the Heat won their first championship in 2006, it was Wade who was tabbed as Finals MVP for a huge performance in leading the team back from an 0-2 deficit to the Dallas Mavericks.

That type of legacy might be enough for most players, but it’s clear that Wade has a strong connection with those he’s played alongside.

Of course, Wade’s warm remembrances of current and past teammates has been returned in abundance over the years. In addition, the reverence that other players have for him has been reflected all season long with the jersey exchanges that he’s done following games.

In this closing week of the regular season, Wade is hoping to play beyond next Wednesday’s game in Brooklyn.

To accomplish that goal, he and his teammates will have to find a way to move into one of the final eight playoff berths. Currently situated in the ninth spot, the Heat’s challenging upcoming schedule could put an end to those hopes.
[xyz-ihs snippet=”HN-300×250-TextnImage”]