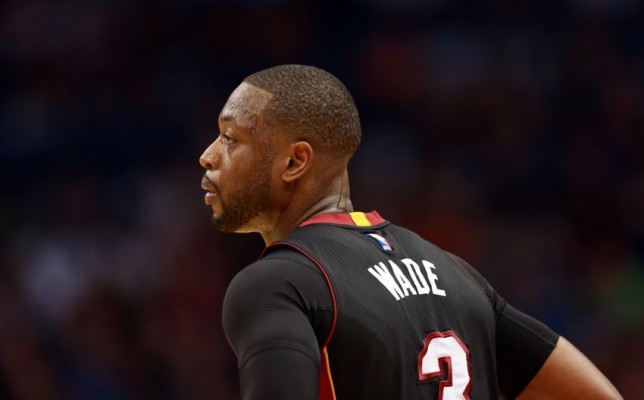 It might not make Miami Heat fans feel any better, but former guard Dwyane Wade recently revealed the true reason why he left a team he played 13 years on for the Chicago Bulls.

In an interview with ABC’s “Good Morning America,” the 13-year veteran let the world know the reason behind his decision:

“My purpose for being back in the city is bigger than basketball. Basketball is a big part of it, of course; it’s what I do for a living. But I think my purpose at the end of the day hopefully is to come to Chicago and be a part, be a voice that can help bring people together.”

There was plenty of drama around the departure of Wade. The Heat’s lack of effort in prioritizing recruitment of the All-Star led to numerous problems. The team committed to center Hassan Whiteside with a max contract the first day of free agency. Afterwards, they remained adamant in their pursuit of Kevin Durant despite the long-shot of acquiring him.

Reports also indicated that the Heat offered Wade $10 million less than what he was asking for. In the end, the 34-year-old shocked the nation and returned to his hometown.

Whether Wade is trying to patch up the situation or is speaking from his heart, his message will undoubtedly take place. Already, the future Hall of Famer spoke at the ESPYS about the Black Lives Matter campaign, took part in a panel of discussions about the violence in Chicago and vocalized his frustration after he lost his cousin to a shooting.

There’s no doubt the guard’s voice has been heard this summer. Wade was even featured in a tweet from presidential candidate Donald Trump on the death of his cousin.

Dwyane Wade's cousin was just shot and killed walking her baby in Chicago. Just what I have been saying. African-Americans will VOTE TRUMP!

A lot will be said about the departure of Wade but there is a sincerity in his actions to bring people together and use his platform for good.
[xyz-ihs snippet=”Responsive-ImagenText”]