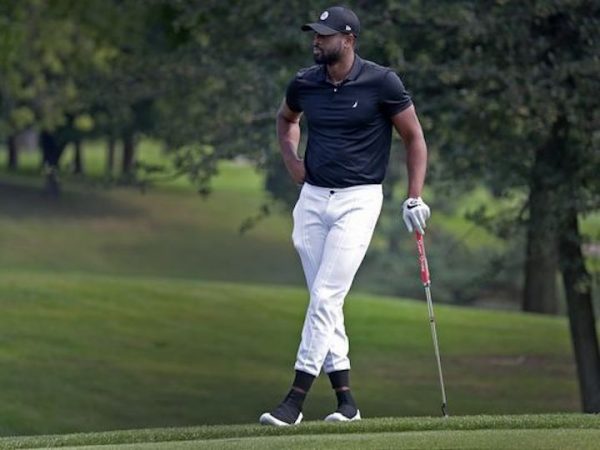 Dwyane Wade recently spoke about a new sport that he has adopted since retiring from the NBA last April.

It’s the same sport that Charlotte Hornets owner and NBA icon Michael Jordan would regularly play in the offseason during his time as a player for the Chicago Bulls: golf.

In an interview with Khobi Price of the Chicago Sun-Times, Wade revealed how golf has become his new hobby now that he has a lot more free time on his hands.

“I guess the newest thing would be golf, right?” Wade said. “All former athletes get into golf. Something competitive. But I’m also spending time with my family. I got a lot of kids who do a lot of things.”

Asked what his golf score was, Wade laughed as he responded to the question.

Wade may have retired but that doesn’t mean his competitive juices have stopped flowing. Golf is a popular sport for retired players to provide them with an outlet after competing at the highest level during their professional careers.

Considering what fans know about the Miami Heat legend’s competitive spirit, chances are good Wade will become an excellent golf player in no time.