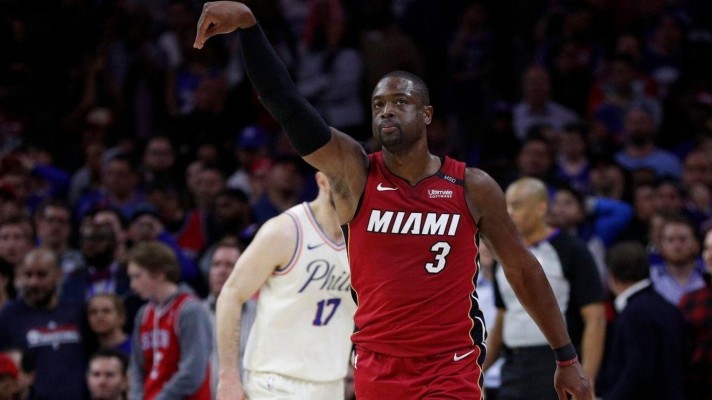 The Miami Heat are less than 24 hours away from a must-win Game 5 against the Philadelphia 76ers. After suffering a heartbreaking loss in Game 4, it wouldn’t be much of a shock to see the Heat enter their upcoming matchup with a less than positive outlook.

Luckily, the Heat have Dwyane Wade to remind them what kind of mentality they must have leading up to their win-or-go-home matchup.

“Any guy that’s down 3-0, 3-1, human nature is for you to doubt,” Wade said after Monday’s practice. “Anybody that says they don’t doubt, they’re lying. It’s going to be a moment of doubt, a second of doubt. But you get over it. You understand that you still have life, you still have another opportunity. You want to do what you can to win each possession, to win each quarter. And at the end of the game, you want to be able to win the game and that’s all you got to focus on.

“It was tough after the last one [Saturday], going home and sitting around down 3-1. But today we came back here, we learned from our mistakes and now we’re prepared to play another game. That doubt that you felt after the game was over, it has to be gone. With this group of guys, I definitely feel comfortable and confident that we’re going to go out there and play hard. They’re too stubborn to even know they’re down 3-1.

“From that standpoint, I’m confident in the energy and effort we’re going to bring. But this series is more than just that. This series has been a lot about what we bring up here [in our minds], too, and we got to be better up there.”

The Heat had led for much of Game 4 before letting the 76ers reclaim the lead in the fourth quarter. While Wade did all he could to help his team get the much-needed win, finishing the night with 25 points in 26 minutes, it wasn’t enough to overcome Philadelphia.

Now, Wade must hope that his one-game-at-a-time mentality rubs off on his teammates. If they can win on Tuesday night and bring the series back to Miami for a Game 6, they can rely on their veteran experience to give them an edge over a 76ers’ young and inexperienced roster.

Coming back from a 3-1 deficit is undoubtedly difficult to do, but it’s not over until the fat lady sings. Based on Wade’s message heading into Game 5, it seems clear that he’s committed to keeping her quiet for as long as possible.
[xyz-ihs snippet=”HN-300×250-TextnImage”]