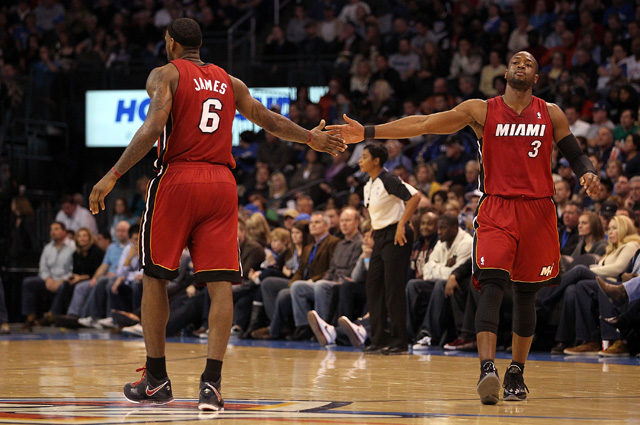 Without question, the greatest era of Miami Heat basketball was when Dwyane Wade teamed up with LeBron James and Chris Bosh.

In a recent Bleacher Report AMA, Wade was asked what his favorite part about playing with James was.

“Two guys that came in the league together in 2003,” said Wade. “We built more than a friendship. We built a brotherhood together. For us to decide to play together at that time for one goal to compete and win championships. It will definitely go down as one of the best players to play the game.”

It’s well known that Wade, James and Carmelo Anthony – arguably the three best players in the 2003 NBA Draft – formed quite a brotherhood together.

In fact, they, along with the Oklahoma City Thunder’s Chris Paul, became known as the banana boat crew.

By reaching the NBA Finals in all four years together and winning back-to-back championships, Wade and James became one of the better superstar duos in sports history.

It’s one thing to form a friendship based on common interests, but both Heat superstars had rough upbringings in the inner city and had to endure not just poverty but a less-than-optimal family environment.

But it’s world championships, and the golden rings that come with them, that form a truly unbreakable bond that can’t be split by even the most disruptive forces.