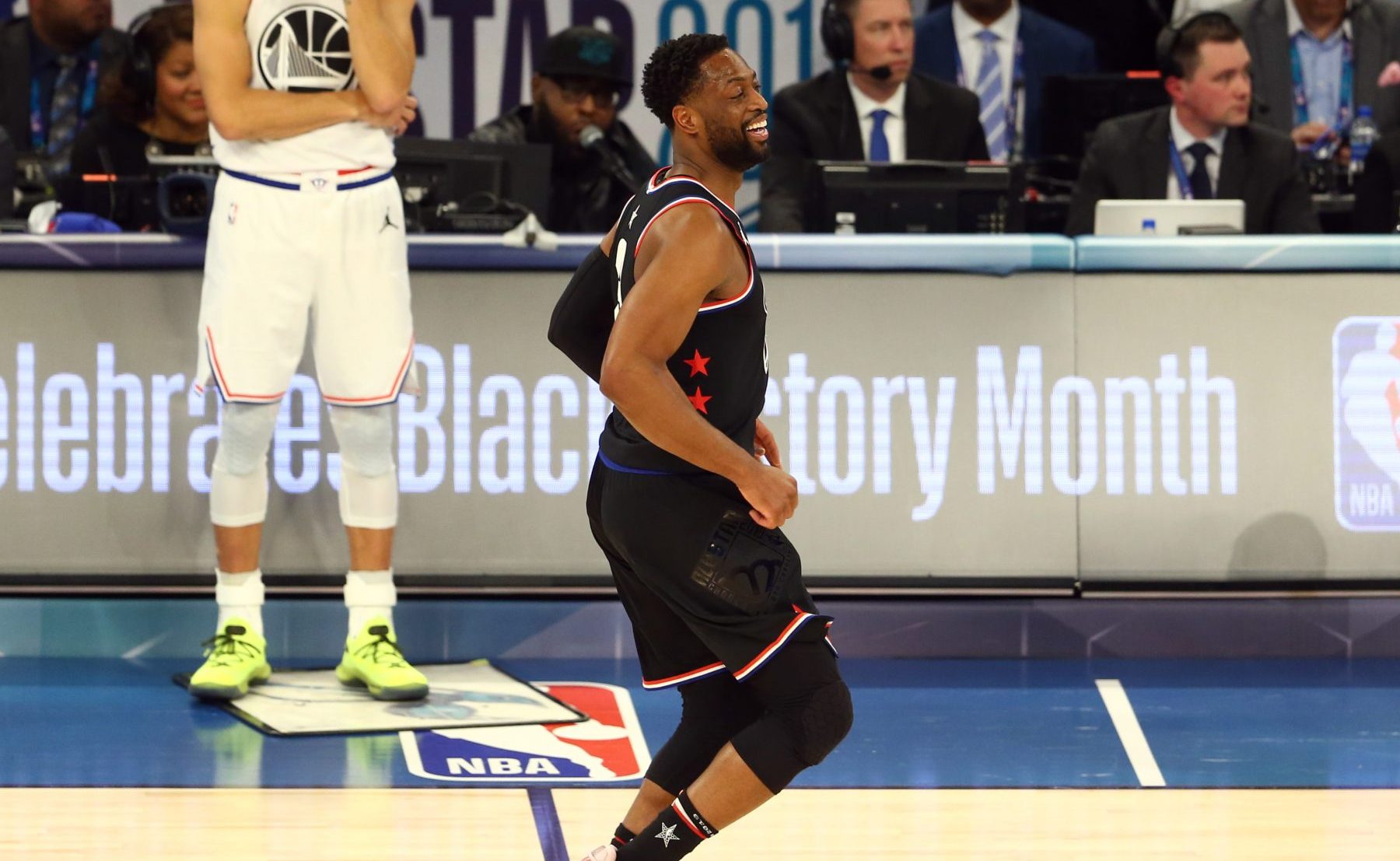 Miami Heat legend Dwyane Wade played in his final NBA All-Star Game on Sunday and it was quite memorable.

The three-time champion got to be teammates with LeBron James one last time, and the two helped lead Team LeBron past Team Giannis, 178-164.

Afterwards, Wade spent some time reflecting on his legacy.

“Whatever my legacy is and whatever it will become, it’s what I’ve been building since anybody ever heard my name or before that,” Wade noted. “So at the end of the day, when it’s over, I think that the respect that I’ve been getting from fans around the world, fans in arenas, the players that I’m playing against, that’s the thing that makes me fill my heart with joy. Because I just want a respect for what I bring to the table, and that’s in both on the court and off the court. And I’ve been getting that.

“So I’ve just got to keep it going. I’m 37 years old, I’m a young man in life. I’ve got a long life ahead of me, and I’m destined to do other things that’s great. So see what that is.”

The 13-time All-Star was hoping for some highlight moments with James on Sunday, and that happened. The duo reminded everyone of their days winning back-to-back titles in 2012 and 2013 by hooking up for a pair of alley-oops — one from Wade to James, and another from James to Wade.

“You visualize something and you hope it goes that way,” Wade said. “And it definitely has. It went way beyond what I thought, to have the moments that I visualized. And that’s all I needed.”

Wade finished the game with seven points and four assists, and seemed quite at peace with his career nearing an end.
[xyz-ihs snippet=”HN-300×250-TextnImage”]