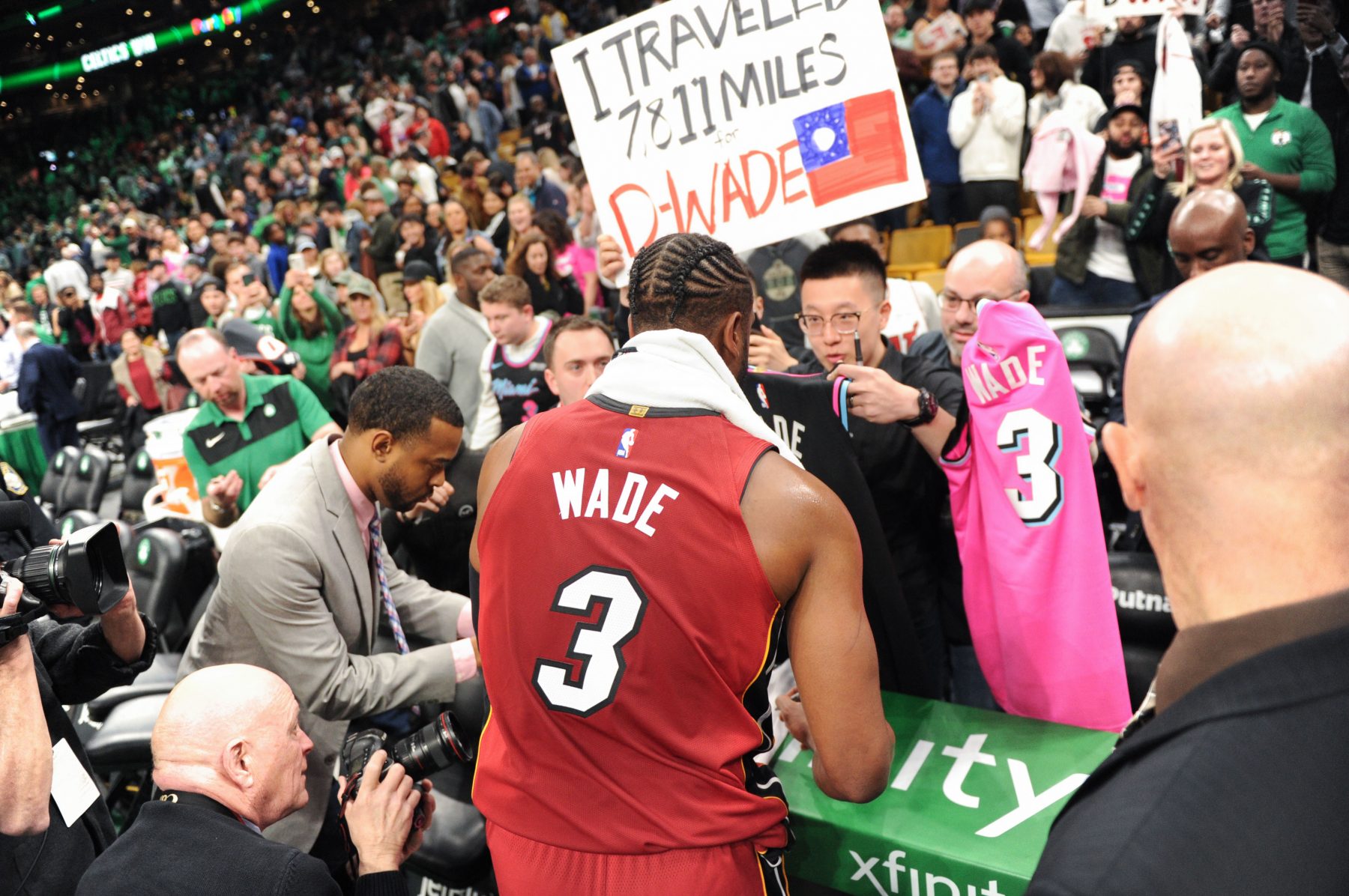 Dwyane Wade played what will likely be his final game in Boston’s TD Garden on Monday night.

Following the game, the Miami Heat star reflected on what it’s meant to face off against the Boston Celtics throughout his career.

“We’ve had so many battles in the playoffs but I appreciate the respect they showed me as a player to present me with a piece of the history of the Celtics,” Wade said of the piece of the court that Celtics president Danny Ainge gifted him. “That so was so cool and I definitely didn’t expect it at all.

“This is another one of those franchises that helped myself and this organization know what it took to win and get to that next level. We had to beat this organization to get there. So I appreciate them for pushing us. They were big brothers for a long time, and then we were eventually able to match for a little bit. But we’re thankful for what they did from that standpoint.”

It is true that the Celtics are certainly the most storied franchise in the Eastern Conference, with 17 total championships in their history.

Throughout Wade’s career, they were the class of the Eastern Conference for several years when their own Big 3 made up of Paul Pierce, Kevin Garnett, and Ray Allen earned them two NBA Finals appearances (and one championship) in three seasons.

Their reign came to an end shortly after that run, however, when Wade recruited LeBron James and Chris Bosh to Miami to form a Big 3 of their very own.

It is clear that the respect between Wade and the Celtics organization is mutual, and it is special that he was able to play his final game at TD Garden so close to the end of his NBA career.
[xyz-ihs snippet=”HN-300×250-TextnImage”]